Did you know Earth was once hit by a huge chunk of space rock around 65 million years-ago? It is thought to be what caused the extinction of the dinosaurs. But Earth isn’t the only planet that has been impacted by the collision of space rocks. Mars, Mercury and our moon also have “dents” left behind from crashing debris. Let’s explore some of the most massive impact craters that are out of this world. 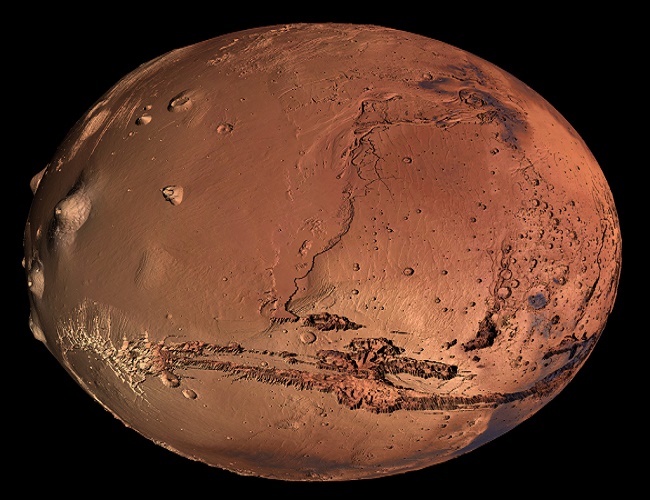 Mars Has Many “Dents”

Planet Mars isn’t only known for its dusty red atmosphere, but it has some huge impact craters. In fact, scientists now believe that an impact from a humongous space rock (measuring around 1,243 miles long (2,000 km) was most likely what caused the difference in terrain (the upper area of Mars is smooth, while the lower hemisphere is very rough and bumpy). An impact also caused the Borealis Basin. This 5,282 mile (8,500 km) kilometre “crack” could actually be the result of a 4 billion-year-old impact crater.

Another famous impact crater on Mars is the Hellas Basin. This space rock punch to the southern hemisphere of Mars made quite the impact. The Hellas Basin run over 1,305 miles in diameter (2,100 km) and about 5.6 miles (9 km) deep. In fact, at this size, you could fit all the countries of western Europe inside its basin! 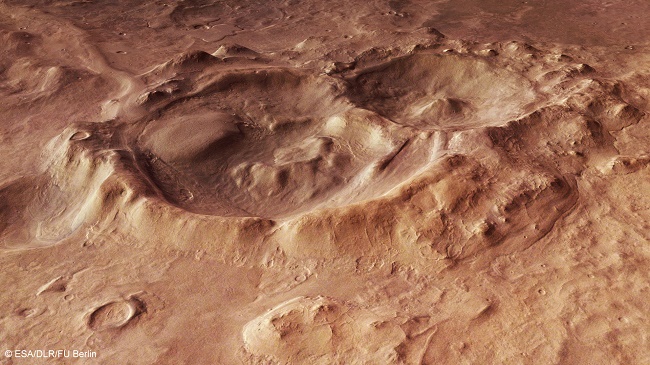 In addition, the walls of this crater are very steep. It’s believed by researchers that when the space rock hit Mars, it ejected debris and dirt stretching about 2,485 miles across the terrain (4,000 km). This action also caused the dirt to pile up in huge mounds. And when we say HUGE, we mean around 1.2 miles (2 km) high in some areas.

Impact on the Dark Side of Our Moon

Since the moon is always facing Earth the same way, we cannot see the other side of it. This is called the dark side of the moon. However, in the 1960’s a Russian probe called, Luna 3, visited this mysterious moon terrain and sent back some very fascinating pictures. A huge impact basin measuring 1,553 miles (2,500 km) in diameter and around 8 miles (13 km) deep, exists between the south pole and the large Aitken crater. 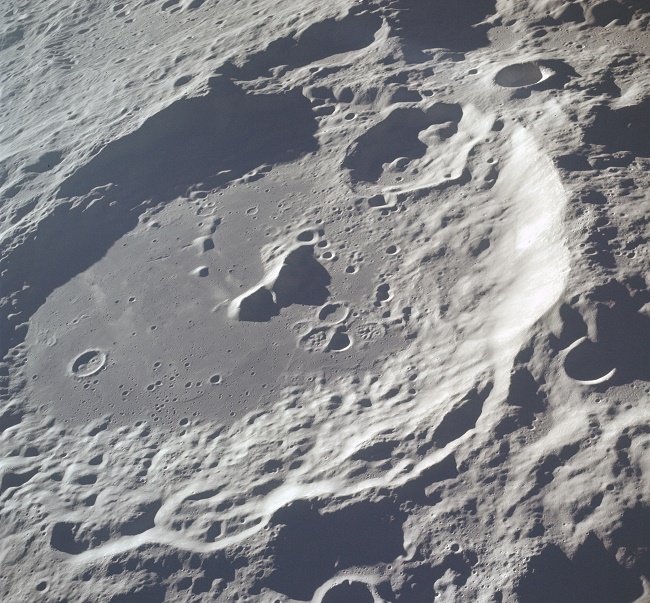 Researchers believe this impact most likely occurred around 3.8 billion years ago and the object that made it was so big that it could have easily have smashed the Moon apart. The only reason it didn’t, was because it hit at a low angle.

Mercury Has a Monstrous Dent in It

A monstrous crater lurks on the small planet of Mercury. The Caloris Basin measures 963 miles (1,550 km) in diameter. Although, this may sound small in comparison to some of the other impact craters, the small size of Mercury itself was greatly affected by the impact. The chunk of space debris that hit Mercury, not only created the Caloris Basin, but it also caused massive amounts of lava to flow across the impact basin. 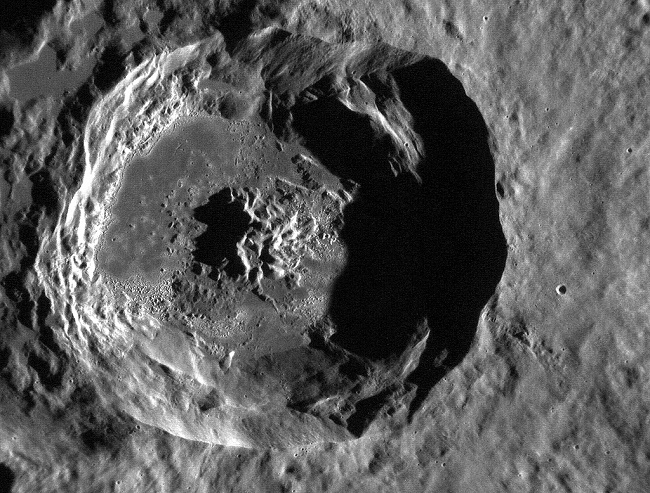 The impact-force also pushed this planet’s crust upwards, which created a ring of mountains 1.3 miles (2 km) high that surround the crater. Shock waves from the impact caused a second set of outer mountains to rise up from the crust and even affected geological processes on the other side of the planet.

It’s a good thing Earth has a protective layer around it that allows space rocks to burn up in our atmosphere. But for the rest of the planets and moons in outer space, we can never tell when another huge space rock may deliver a powerful blow, creating yet another huge dent.

If you think this article was cool, check out, What Would It Be Like to Live on Mars!