What would it be like to live on Mars? Scientists are trying to figure that out right now. They are doing this to see if perhaps, one day, people could actually travel to and live on this dusty planet. However, being on Mars won’t be anything like it is here on Earth. Check out what it would be like to live on this martian planet.

Depending on what side of Mars you landed on, you would have to contend with extreme weather conditions. Like Earth, Mars has seasons. This is due to the planet’s tilt on its axis and the fact that it has a higher elliptical orbit around the Sun.

Since Mars is so far away from the Sun, your summer temperatures may only reach 70 degrees Fahrenheit (20 degrees Celsius). But once again, the nighttime gets extremely cold, so bring a few extra heavy blankets. 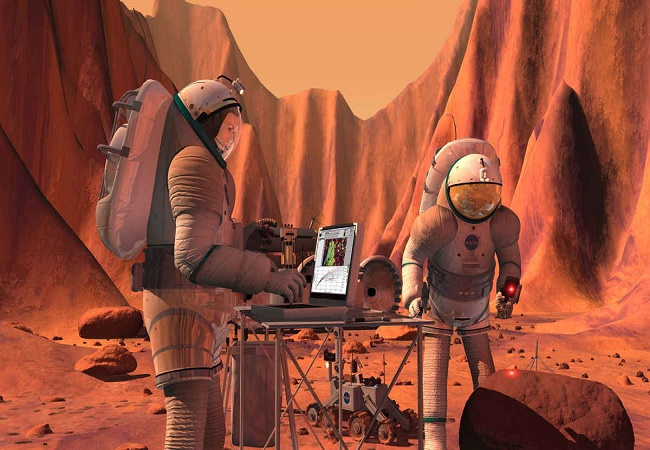 On Earth, most areas experience about four months of each season; spring, summer, fall and winter. On Mars your seasons last longer. This is because one Earth year equals about 1.88 Mars’ years.  Spring will last about seven months, summer around six months, and a little more than five months of fall and only about four months of winter.

Did you know NASA has a manned mission to Mars planned for the 2030s?

The atmosphere on Mars is around 100 times thinner than Earths, so it doesn’t retain the heat like our planet does. This is the main reason why Mars has such extreme climates. However, due to this thin atmosphere, living on Mars will also mean the chance of powerful dust storms. These can kick up at any time and completely cover you and all your equipment. Dust is really bad on electronics, so you would most likely lose all of your solar-power. At least the atmosphere is strong enough to burn up any marble-sized meteors that may zoom your way.

Radiation is also a problem on Mars since this planet does not have a thick atmosphere or a magnetic field to keep it away. You would always have to wear protective gear to keep your body from being exposed to the extreme Martian radiation levels. 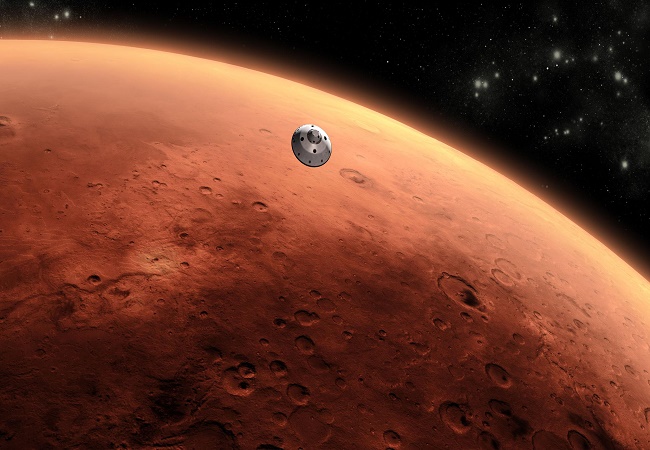 On Mars you may only have a few wispy clouds to block your view of all those stars. You would also be able to check out the moons of Mars; Deimos and Phobos. They appear about the same time our moon does here on Earth, but are much smaller. They can also be partially eclipsed by the sun during the daytime.

Did you know an instant message to Earth from Mars would take 15 minutes to get there?

The night sky is not the only cool view on Mars. During the daylight hours, the sky is an orange-color because of all the dust in the atmosphere. However, the sunrise and sunsets look similar to those on Earth during a very hazy day, except that the area around the sun is blue. 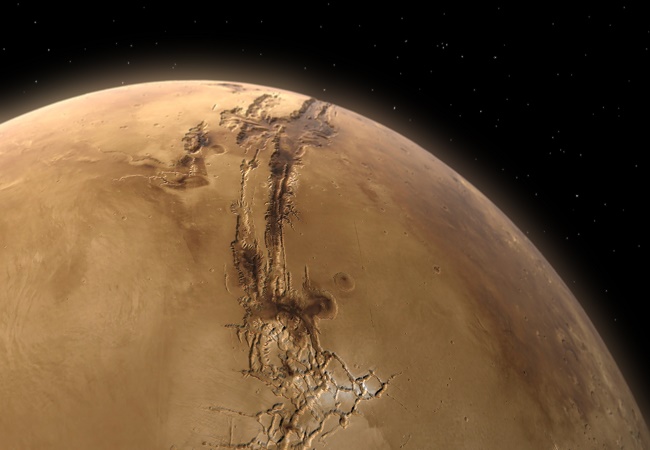 Just like our home planet, Mars has some spectacular sights that everyone would want to see. For example the Valles Marineris is a giant system of valleys that run about the distance it takes to travel from Los Angeles to New York. You would also want to take a trip to the tallest volcanic system in the entire solar system, Olympus Mons. It reaches 16 miles (25 kilometers) above its surrounding plains. Plus, don’t forget to check out the tremendous polar ice caps where you may get to actually witness a dry ice snowfall!

It’s fun to think about living on Mars, even if the climate is harsh. Science if getting closer to actually putting people on this dusty planet. Would you want to be one of the first people to discover what it’s really like to live on Mars? Who knows, you might just be one of the lucky few…