Radio telescopes are some of the most powerful telescopes used by astronomers to discover objects in the universe. The great inventor Nikola Tesla has been credited with his radio wave contribution to space exploration. Read on to learn more about this amazing inventor.

Much controversy exists around the first scientist credited with using radio waves for communication. Reading through patents and court hearings, it appears several men worked on radio wave technology. These men include Heinrich Hertz, Oliver Lodge, Guglielmo Marconi, Karl Braun, John Stone Stone, and Nikola Tesla. Patent records indicate that several of these men, through their work in electricity, also claimed a patent for radio communication.

Marconi did indeed build the first successful apparatus for the long-distance transmission of radio signals. However, Tesla invented the now famed Tesla coil, essential in transmitting radio waves, in 1891. Four years later, he set out to transmit radio signals over a distance of 50 miles, before a fire destroyed his lab. In 1897, Tesla recorded four radio patents. Marconi also present patents, yet the US patent office turned them down.

Why? They stated that Marconi’s work relied too heavily on Tesla’s Coil. In a stunning decision in 1904, the patent office reversed the decision. As a result, they awarded Marconi with the invention of the radio. Critics of this decision claimed that Marconi received the title because he came from a powerful, wealthy family.

In 1899, Tesla recorded cosmic radio waves. Alone in his Colorado Springs, Colorado Lab one night, Tesla heard strange rhythmic sounds. The sounds were in such a regular pattern that Tesla concluded it could only be an effort to communicate with Earth by alien beings. The signals were indeed extraterrestrial: radio waves from distant celestial sources – planets, comets, stars, or galaxies.

“We are getting messages from the clouds one hundred miles away, possibly many times that distance. Do not leak it to the reporters.” (Nikola Tesla, 1899)

Tesla also worked on using radio waves to control robots. In 1898, Tesla filed and received a patent for a radio remote control. Furthermore, in May 1898, at Madison Square Garden in New York City, he publicly showed a robot moving by radio waves. These inventions, along with his desire to receive radio waves from space, led to numerous innovations by modern space agencies. 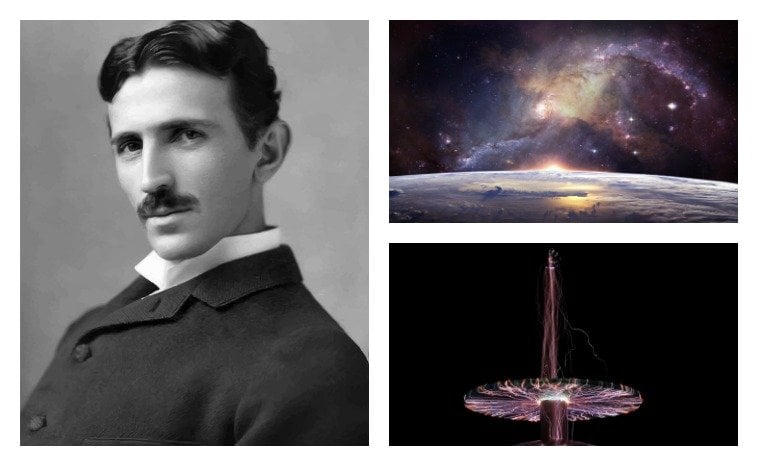 Tesla understood the importance of the Earth’s ionosphere. The ionosphere is the ionic-charged part of the atmosphere, important for the transmission of radio waves. The thin air of the high stratosphere is where atoms and molecules are ripped apart and electrified by incoming cosmic and solar radiation.

The ionosphere is the electric atmosphere and a good conductor of radio waves, surrounded by a layer of some poorly conducting material such as air. It is the Earth’s shield from solar radiation. At one time, scientists called it the Kennelly-Heaviside layer after the two scientists exploring its existence. Today, most global radio communications depend on the ionosphere.

On July 4, 1997, the NASA Explorer robot Sojourner landed on Mars and became the first radio-guided vehicle to roam the surface of the Red Planet. Nikola Tesla made this historic event possible. Historians may argue over who discovered radio first. However, astronomers know that Nikola Tesla contributed toward our understanding of the universe and the technology that allows it.