Only 4 % of the world’s ocean floor has been mapped. NASA is interested in helping the rest of it. Read on to learn why and what they are using to make that happen.

The world’s ocean is home to some amazing sea creatures. One of them, coral, has become the focus of NASA in its attempt to make the ocean floor. Why? Coral reefs, which are where coral lives, have started to disappear, and NASA wants to know why. Using Fluid lensing and MIDAR technology, they hope to learn more about the ocean and help the coral reefs.

At one time, space appeared hazy to astronomers. They could not see through interstellar dust and the particles that surrounded planets and stars. However, technology came along that changed that. New telescopes and cameras used special filters and spectrographs to allow the human eye to see through the dust.

Water does not have dust to block our view of the ocean floor. Instead, it has its qualities that prevent a clear picture of anything that appears under its surface. When looking through the surface, water, objects appear distorted. When light passes through the surface, it creates bright bands of light. If looking into a swimming pool, the light seems web-like. Scientists call the distortion caustics. When caustics combine with the movement of water, it makes it impossible to see the bottom of the pool. Scientists say that the caustics on the bottom of the ocean floor appear brighter than the sunlight at the surface. 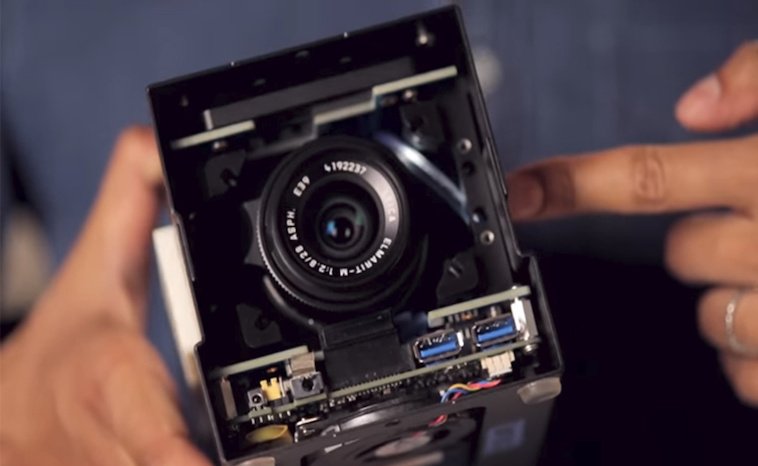 NASA has developed a special camera called the “Fluid Cam.” It uses fluid lensing technology that can see and capture pictures clearly through ocean waves. Fluid lensing calculates and removes the optical distortions caused by waves at the surface of the water. Therefore, it allows the Fluid Cam to capture clear, sharp photos that look as though they were captured from below the surface.

NASA combined the Fluid Cam with MIDAR (Multispectral Imaging, Detection, and Active Reflectance) technology. MIDAR collects data by transmitting light that gets bounced back to the Fluid Cam. It can collect data in the dark and light invisible to humans. Furthermore, it uses magnification used by the water’s surface to look deeper into the ocean.

Currently, the Fluid Cam is mounted to a drone above the water to capture pictures. Eventually, NASA plans to attach it to a CubeSat or small satellite. As the satellite orbits the Earth, the Fluid Cam will use the fluid lensing software to take pictures and remove distortion caused by the water. The software can eliminate distortions caused by waves and bright caustics. From space, the fluid cam will capture clear pictures of the ocean floor at any point on the Earth.

Coral reefs are one of the oldest life forms on Earth and can be seen from space. In addition, they represent an essential part of the Earth’s largest ecosystem, the ocean. NASA wants to use its fluid lensing technology to learn about the coral reefs. Specifically, they want to know why they are dying. Part of its plan to learn about the reefs involves a video game called NeMO-Net. This game allows users to interact with real NASA data of the ocean floor and coral found in the images. As a result, scientists can pinpoint the areas of coral deterioration.

Mapping the ocean floors would reveal a wealth of information about the Earth’s largest ecosystem. It is an urgent project and one that will take years to complete. However, what we learn may help preserve coral reefs.