Not all planets are tied to stars. Scientists believe that many planets float through space. Read on to learn more about the Nancy Grace Roman telescope and its search for orphan planets.

We often assume that all the planets are tied to stars. That is because the gravity from stars keeps planets close. However, some planets do not orbit a star. They are orphan planets. NASA will launch the Nancy Grace Roman telescope in the mid-2020s to look for these planets. By observing orphan planets, NASA believes they will learn more about early planet formation and how they form.

Dr. Nancy Grace Roman served as the first chief of astronomy in NASA’s Office of Space Science. She was the first woman to hold that position in the agency. As a result, NASA credits her with being instrumental in the development of the first space telescope called Hubble. Furthermore, she is often referred to as the “mother” of Hubble.

Dr. Roman was born in 1925 and became fascinated by the stars. She says, “By fifth or sixth grade, I organized my friends into an astronomy club to study the constellations.” During this time, women were not encouraged to study the sciences. However, Nancy persevered and studied astronomy at the University of Chicago. In her early twenties, she received her doctorate in astronomy. She went to work for NASA in 1959 when the space agency was six months old. Nancy says, “They accepted me readily as a scientist in my job.” She spent twenty-one years working for NASA. During that time, she helped convince the scientific community to study space from space itself. Dr. Roman died in 2018.

NASA has named its new WFIRST space telescope to honor Dr. Roman and her commitment to space exploration. 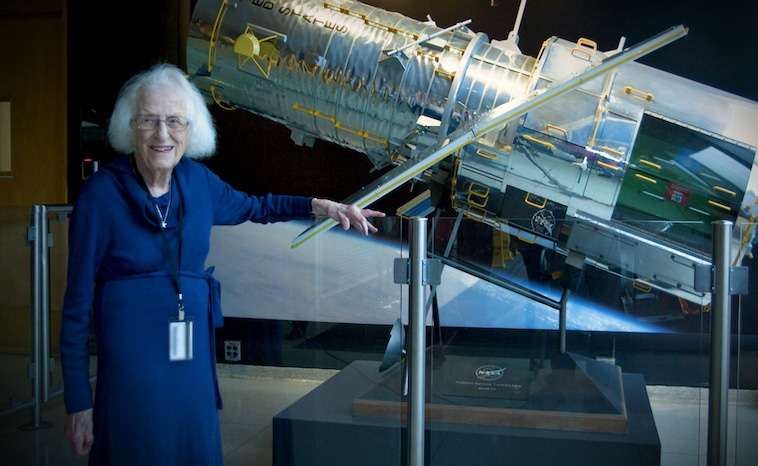 The telescope has a primary mirror that is 2.4 meters (7.9 feet) in diameter. The Hubble Space Telescope also has a primary mirror the same size. The Roman Space Telescope has two instruments, the Wide Field Instrument and a  Coronagraph Instrument. The Wide Field Instrument will have a field of view that is 100 times greater than the Hubble infrared instrument. As a result, it can capture more of the sky with less observation time. The Coronagraph Instrument will perform spectroscopy of nearby individual planets.

“Spectroscopy measures the spectrum of electromagnetic radiation, including visible light and radio, which radiates from stars and other celestial objects.”

How does NASA plan to find these orphan planets? They plan to use the Roman telescope for microlensing. Microlensing is the only known method capable of discovering planets at truly great distances from Earth. Star gravity makes space bend near it. When a star passes in front of another star, it bends the distant starlight like a lens, making it brighter. If the lensing star has an exoplanet, it acts like another lens, making the star even brighter. (Planetary.org 2020)

According to NASA, solitary planets can create a detectable measure of microlensing. “The microlensing signal from a rogue planet only lasts between a few hours and a couple of days and then is gone forever,” said Matthew Penny, an assistant professor of physics and astronomy at Louisiana State University in Baton Rouge. “This makes them difficult to observe from Earth, even with multiple telescopes. Roman is a game-changer for rogue planet searches.”

The mission remains on track to launch in 2025.