On March 30, 2021, NASA’s James Webb space telescope will launch from the European Space Agency’s French Guinea site. Read on to learn more about its technology and what it means for space exploration.

In the year 1800, Sir William Herschel discovered the existence of infrared by experimenting. Herschel passed sunlight through a prism. As sunlight passed through the prism, the prism divided it into a rainbow of colors called a spectrum.

As he deflected the light, Herschel was interested in measuring the amount of heat in each color. To do this, he used thermometers with blackened bulbs. The blackened bulbs allowed him to measure the temperature of the different colors of the spectrum. He noticed that the temperature increased from the blue to the red part of the spectrum. As a result, he placed a thermometer just past the red part of the spectrum in a region where there was no visible light. There he found that the temperature there was even higher. Herschel realized that another type of light that we cannot see existed in this region. We call this light infrared.

Many of the stars in the sky have planets orbiting them. Since they do not give off light, our eyes cannot detect them. Some of these planets give off heat. Therefore, scientists can detect them using infrared telescopes. 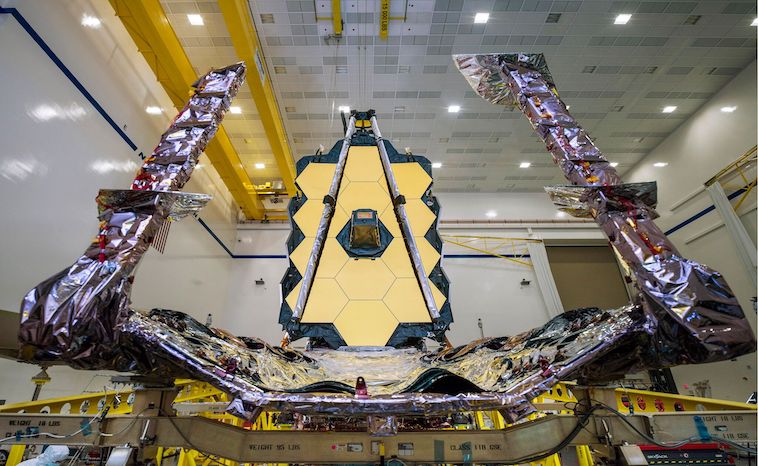 Not only can scientists see the planet, but they can also detect information about its composition. As the infrared light passes through the atmosphere of the planet, scientists can see if it has carbon, methane, or even ozone.  The dust left behind by distant planets can also be detected by infrared telescopes.

NASA‘s James Webb infrared capturing telescope can detect other planets. In addition, it will see if these planets have water vapor. The technology will also allow scientists to see newly forming solar systems hidden inside space dust.  What instruments will scientists use to see these planets and solar systems?

The James Webb Infrared Telescope has the following tools on board.

The James Webb telescope will allow scientists a deeper look into space. What they find there is yet to be seen.

We look forward to this next mission for NASA.