When Perseverance lands on Mars in February 2021, it will set records for firsts in the NASA space program. Buckle up as we explore the upcoming landing of Perseverance.

NASA is quite busy these days with the Artemis program, Space X, and the upcoming launch of the Perseverance Rover. Perseverance will not only have new technology onboard, but it will also have a new landing procedure. Landing Perseverance on Mars takes much skill and math. Can NASA get Perseverance where it wants in February 2021? Let’s look at what Perseverance has on board to land it at the right spot.

NASA has always focused on entry, descent, and landing procedures for all of its rover missions. It is critical for rovers to land close to their target. However, most of the time, the rovers land further away than planned. As a result, the rovers must travel to their destination.

For the first time, NASA will use a real-time landing technique. The landing portion of the mission will include taking pictures of the descent. At the same time, it will compare these pictures to an orbital map. However, if the rover is out of range, it will move itself to the target location. To assist Perseverance, NASA has included Range Trigger technology.

The Range Trigger technology reduces the size of the landing ellipse (an oval-shaped landing area target) by more than 50%. The key to the new precision landing technique is choosing the right moment to pull the “trigger” that releases the spacecraft’s parachute. If the spacecraft were going to overshoot the landing target, the parachute would be deployed earlier. If it were going to fall short of the target, the parachute would be deployed later. 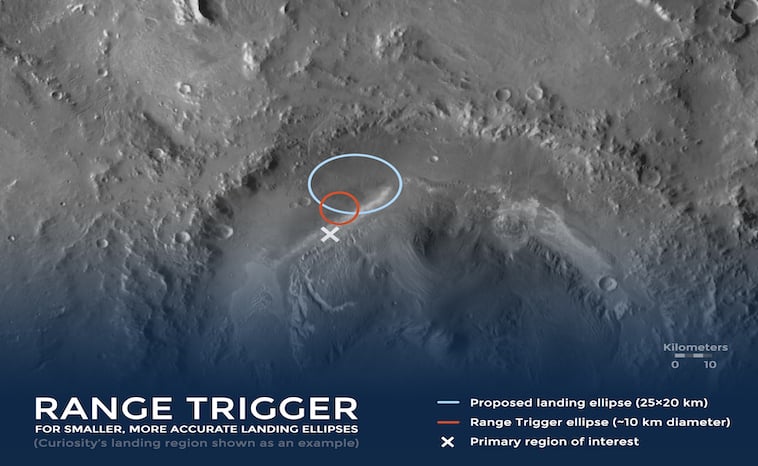 To protect Perseverance during its landing, NASA is using the Terrain Relative Navigation system. The system helps Perseverance navigate steep slopes and rocky terrain. How does it work?

NASA wants to see and hear what is happening during entry, descent, and landing. Therefore, it has equipped Perseverance with a variety of cameras with microphones to capture the event. The cameras include the following:

In addition, it also includes a microphone to capture sounds during the event. For example, NASA wants to hear the firing of descent engines. Capturing audio and video will help them prepare for future Mars missions. These videos will allow the public to witness the landing of Perseverance. This will be the first time in recorded history that humans will see a rover landing on Mars.

Other instruments on the rover will also capture atmospheric data like wind speed and temperature. All these things combined will create a picture of Mars that NASA needs to see for future missions. A future mission with humans will depend on the successful collection of this information.