How to Navigate in Space With Accuracy

Here on Earth, we find it easy to find our way from point A to point B. How do scientists navigate in space? Read on to learn more about navigating in space with accuracy.

For thousands of years, man navigated using simple maps and landscape features. Sailors used the stars to navigate their way across the mighty oceans. Today we use GPS on our smartphones to find streets, buildings, hotels, and places to eat. But how do scientists navigate in space? How do they know the exact position of the moon?

We use a handful of satellites that orbit 20,000 km above the Earth for Global Positioning Systems. In addition, they always connect with your phone with location and time. Before GPS, navigators used the celestial map of stars above the Earth to get to where they were going. To do this, navigators used time and the angle of the stars to calculate their position. Sailors used a sextant to measure the angle between a star and the horizon. To find the north and south measurement, they would measure the angle to the North Star, Polaris. When Polaris is directly overhead, you would be on the North Pole. Furthermore, if you see it on the horizon, you are at the equator.

To find east and west they used the prime meridian. This imaginary line runs longitudinally around the Earth through Greenwich, England. When it was noon for them, they compared that time to the prime meridian and used that to determine East and West. 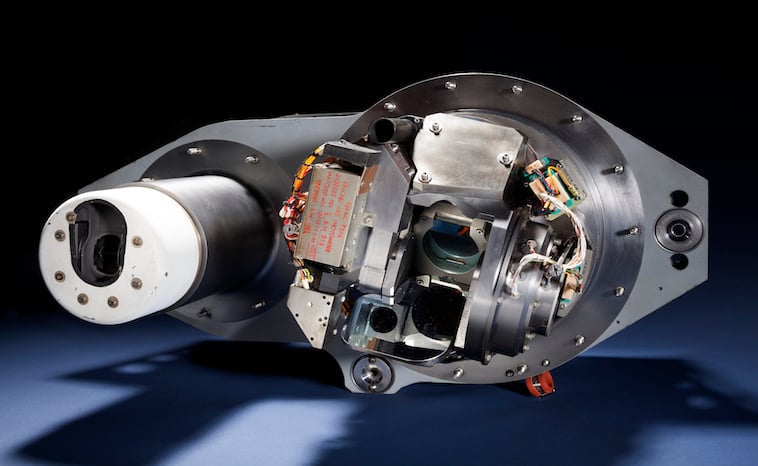 For the Apollo space mission, NASA developed the Apollo guidance computer.NASA’s mission control tracked the movements of Apollo as it made its way to the moon. However, the astronauts had a backup navigation tool called a space sextant. They used the position of the stars and compared them to the horizons of the Earth and Moon. It took the astronauts over 10,000 keystrokes to input their navigation data. To find their way in space, they need to know the orbit of the planets.

NASA uses the Deep Space Network which are radio antennas positioned around the world. They use three main antennas to communicate with all their probes in the solar system. At the same time that they receive images from these probes, they can also track the probe’s location.

To know the location of the probe, various computers send signals to the probes, and these signals experience a frequency shift. The computers then calculate the velocity and distance of the probe and the time it takes for the signals to return to the antenna. Using a static map of the stars in the sky, scientists can calculate where the probe is. The more calculations and information they gather, the better the navigation becomes.

For example, take graph paper and plot the library in your town. Measure the time it takes you to get to the library from your home. Then travel to the fire station and plot that on your graph paper. Again, measure the time it takes to get there. Once you have these two coordinates and time, any building that stands between the library and fire department can be calculated for distance and time. The more information you gather about the town, the more you can learn about objects location.

As scientists learn more about location the result becomes a detailed map of the galaxy and our universe.