An unexpected fire can have devastating consequences. What would happen if a fire broke out on the International Space Station? Read on to learn more about NASA’s special fire safety program.

The primary focus of any space mission is safety for the crew. There are thousands of potential things that could go wrong that may hurt or kill crew members. A fire is one of those hazards that can quickly end a space mission. NASA’s Saffire program is designed to promote fire safety in space by studying how fire burns away from Earth.

How does one combat a fire in microgravity? That is what a team of engineers and scientists at the Glenn Research Center in Ohio wants to answer. To learn about how fire behaves in space, NASA established a series of Spacecraft Fire Safety Experiments (Saffire). These experiments help researchers investigate large-scale flame growth and material flammability limits in space. In addition, they learn how different materials spread flames.

Understanding this information allows NASA to develop emergency protocols in the event of a fire emergency. For example, astronauts cannot simply run out of a burning spacecraft like a burning building. They need to know how to safely extinguish the fire or close areas to prevent it from spreading. To learn this information, NASA conducts tests.

NASA must conduct tests on different materials and in microgravity to develop fire safety protocols. These sample tests are carried out in a special test vehicle with Saffire hardware. The Cygnus Pressurized Cargo Module by Northrop Grumman holds the Saffire hardware for the tests. At this point, Cynus is sent to International Space Station to collect trash and exchange supplies.

After it departs from the ISS, engineers place Cygnus into a free drift. Free drift means that the spacecraft drifts back to Earth with having its altitude maintained.

During the Saffire I, II, and III experiments, tests ran for about 2.5 hours.

Here is what scientists discovered:

Saffire-I and III had a single large sample made of a composite fabric (75% cotton/25% fiberglass by mass). This sample burned completely during the tests. Scientists learned about the flame size and the spread rate of a large-scale fire in low-gravity. Saffire-II had nine samples of various materials. These materials helped them study the low-gravity Maximum Oxygen Concentration (MOC) flammability limits in long-term low gravity. (NASA, 2021)

The Cygnus cargo module enters Earth’s atmosphere and burns once NASA receives the information about the experiments. NASA uses a new Cygnus transport module for each mission to the ISS. 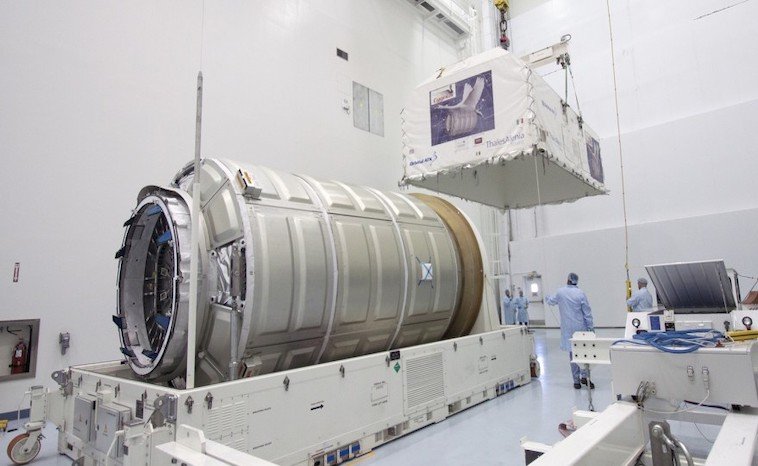 Recently, NASA completed its Saffire V experiment. During this experiment, NASA tested moving fires for over 26 hours inside the Cygnus spacecraft. Next, engineers lowered the pressure inside the spacecraft and backfilled it with oxygen. This procedure copied potential atmospheric conditions likely experienced inside future human spacecraft.

“The elevated oxygen levels show more energetic flames, which would have a larger impact on the vehicle,” says Gary A. Ruff, Saffire project manager. “The Saffire-V data will allow us to model fire scenarios and increase our confidence in safety strategies.”

NASA continues to pursue fire safety in space to help with upcoming missions such as the Artemis program to the moon.