December brainer: Why does it get cold during the winter months?

Using sound logic, one would believe that the closer we are to the Sun, the warmer it is, right? But, if the perihelion is the closest point to the Sun, then why is it winter?

First of all, when the Earth is closest to the Sun, winter is only happening in the Northern Hemisphere. It’s summer in the south.

There is a nice, but wrong answer to the question placed in the title, and it goes: it is cold in the winter because then the Earth is far from the Sun. And again, it’s warm in the summer because the Earth is close to the Sun. Wrong! 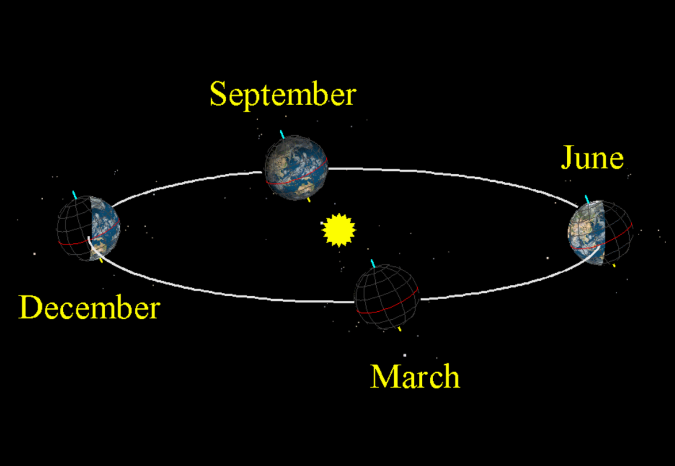 Let’s firstly point out that the difference between the largest and smallest distance of the Earth from the Sun is almost negligible.

So what is the reason for this phenomenon that seems to escape our basic logic?

The culprit for this confusion is the Earth’s slope.

An equal number of the Sun’s rays fall on the Earth, only at a different angle, which means that the same energy must heat surfaces of different sizes. 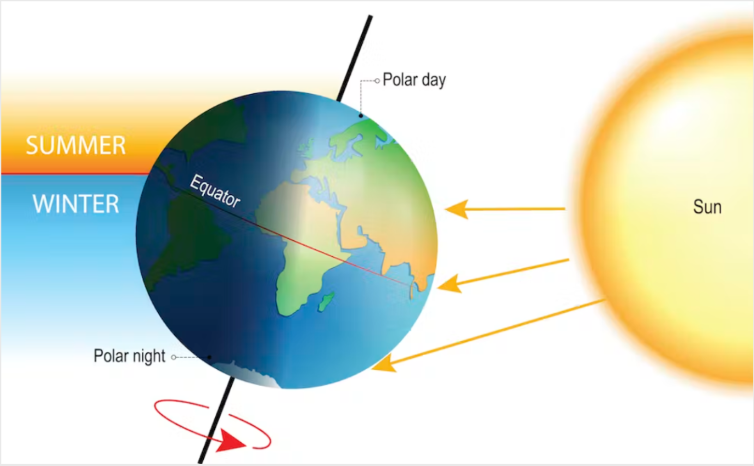 The axis around which the Earth rotates is fixed and the Earth is tilted to one side. And our planet keeps that tilt throughout its journey around the Sun. It is tilted to the same side in both summer and winter.

In January, the sun’s rays illuminate us obliquely, at a sharp angle, so the same amount of solar energy illuminates a larger area than at the same time in the southern hemisphere of the Earth.

That’s why it’s cold here, and warm in Australia. And that’s why it’s always freezing cold at the Earth’s poles, north and south.

And in the other, southern hemisphere of the Earth, everything is reversed.

Because of this tilt, seasons exist. If the Earth stood upright there would be none.