France has reported the formation of six crop circles since the beginning of the year. What are crop circles and where do they come from? Are they manmade? Or are they the work of visitors from another world? Read on to learn more about these unique mysteries appearing all over the world.

What are crop circles, and who is making them? Crop circles, a term coined in the 1980s, are pictures formed from flattening crops. Most people believe that humans playing tricks on people do these. While others believe that aliens or some other supernatural phenomena destroy the crops for communication purposes. 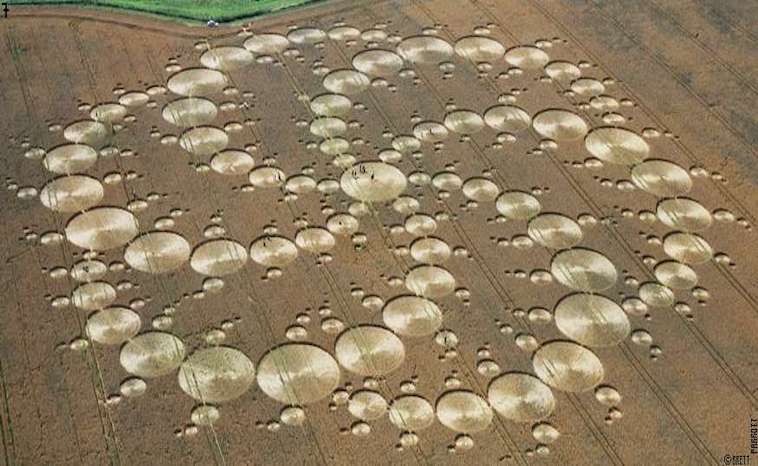 Before the twentieth century, there were not many reports of crop circles. Some old newspaper articles and books talked about crops that were chopped down into shapes by the devil himself. While others talked about lightening causing crops burning into unique designs. However, these designs were not in specific shapes or patterns. After the 1960s, the occurrence of crop circle reports became frequent. Was this a new phenomenon brought on by people starting to see UFOs and other strange things in the night sky? Is it that ancient people did not have the technology to take aerial pictures and therefore did not realize patterns existed in their fields.

An Australian report from the 1960s stated that a farmer saw a UFO and concluded that it flattened the crops in his field. This case was referred to as the Tully “saucer nest.” The farmer claimed that a UFO rose between 30 and 40 feet (12m) from a swamp. Upon investigation, he found a nearly circular area 32 feet long by 25 feet wide where the grass was flattened in clockwise curves.  Unfortunately, no one else witnessed the event, but it did set the creativity of two hoaxers in motion.

The Work of Hoaxers?

Today, the circles are made in the thousands with some having complex shapes and mathematical proportions. The researcher Jeremy Northcote found that crop circles in the UK in 2002 were not spread randomly across the landscape. He found that they were often near roads with easy access. In addition, many of them were located near tourist areas like Stonehenge.

With so many people admitting to making crop circles, it is hard to imagine a paranormal explanation. However, people believe that these circles appear for various reasons. Some believe it is “Mother Earth” sending signals to warn humans of climate change. Others still believe that UFOs and aliens are responsible for the intricate designs. A small number of scientists have found differences between the crops inside the circles and outside them. They cite this as evidence they were not human-made. In 2000, Colin Andrews, the man credited with the term “crop circles,” stated that the crops were flattened by magnetism.