Imagine capturing the energy from the sun. Can we create that energy here on Earth?  Read on to learn more about replicating the energy of the sun.

The human race figured out long ago how to create and use fire. Thousands of years later we figured out how to turn coal and kerosene into fuel. The discovery of oil 150 plus years ago led to improvements in industry and technology. Later, scientists discovered how to split the atom which created energy and bombs. As a massive ball of plasma made up of mostly hydrogen and helium, the sun crushes hydrogen into fusion releasing large amounts of energy.

Our Sun and Fusion

We know that the sun has shown us what it takes to create massive energy. Unfortunately, our great scientists have not been able to replicate the action. At the core of the sun, the core compresses hydrogen atoms into helium which results in the release of photons into gamma radiation. This counters the gravity that keeps pulling everything in toward the core. The photons travel away from the core and then blast into space. 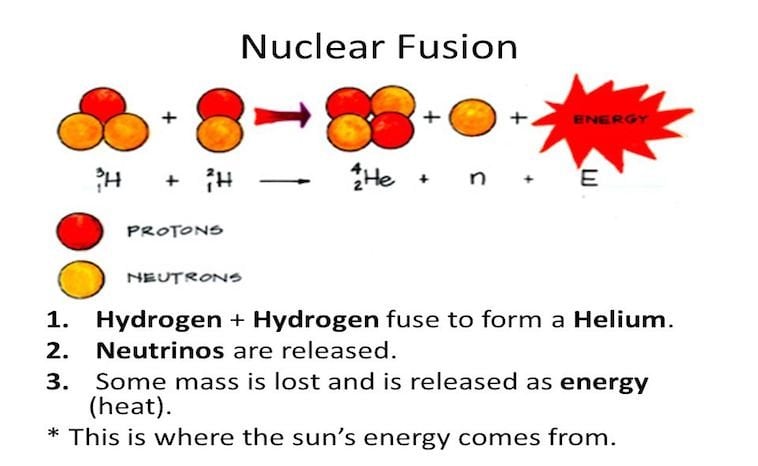 Neutrinos are released. Some mass is lost and is released as energy (heat). This is where the sun’s energy comes from.

Can we use our technology to simulate the conditions at the core of the sun? What would it take for that kind of technology to exist? Essentially, we would need a reactor that could hold the high temperatures and pressures needed to merge hydrogen into helium. What type of reactor could hold this type of pressure? A reactor called Tokamak created during the 1960s was the first prototype for scientists to use.

The reactor essentially contains a vacuum that is filled with hydrogen fuel. Then large amounts of electricity go into the chamber to heat up the hydrogen into a plasma state. The plasma must reach between 150 and 300 million degree Celsius. Next, magnets help keep the plasma away from the walls of the chamber. At that temperature, the walls would melt. Once the pressure and temperature crush the hydrogen into helium it releases the photons that heat the plasma keeping the reaction going.

Problems In The Reactor

How much water does it take to create the large levels of electricity needed for this reaction? That is the problem with the technology. It takes more energy to produce the fusion than what actually is created. We have the water needed and the by-product of helium is a necessary element for Earth, so those two items are not a problem. If the reactor had to shut down, it would cool off, but the radioactive photons inside would remain deadly for a very long time.

Hopefully, someone will one day come up with a solution to the problem and create sustainable fusion energy. With the right technology and determination, we will all benefit from the same energy created by the sun.