January 23rd 1974 a rural village in the Berwyn mountains of Wales witnesses a fireball crash. Was it a fireball or something more? Read on to find out about this mysterious event almost fifty years ago.

In January 1974, the quiet village of Llandrillo, Wales, in England witnessed a strange phenomenon. Come to be known as the Berwyn UFO incident; residents reported bright lights, a loud noise, and something crashing into the nearby Berwyn Mountains. Neighbors frantically called each other looking for confirmation of what they just saw. The nearby mountainside glowed from the impact. People experienced earthquake-like shaking in their homes.

Was it an earthquake that shook the villages surrounding Berwyn mountain? The Institute of Geological Sciences reported that a magnitude 3.5 earthquake was felt at 8:38 p.m. that night over a wide area of northern Wales. Furthermore, it also recorded the quake and as far as Formby in England. Formby resides 13 miles north of Liverpool. However, the Institute did not immediately identify the shake like an earthquake. This prompted a police investigation. Speculation, therefore, lands in the idea that the magnitude of the shock resulted from an aircraft crash. If such a collision existed, then a debris field should have been easily visible.

A ministry of defense spokesperson stated that a UFO did not crash. They concluded that an earthquake occurred simultaneously with a meteor entering Earth’s atmosphere.

Brynmor John, who was then junior RAF minister, explained the official position in a letter to Dafydd Elis Thomas, then a local MP, in May 1974.

Mr. John wrote: “As suggested by the descriptions reported, it seems the phenomena could well have been caused by a meteor descending through the atmosphere burning up and finally disintegrating before it reached the ground. 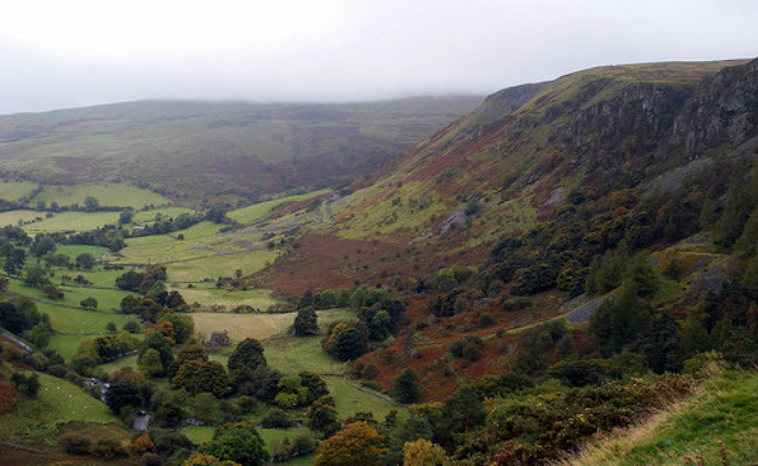 Sightings were received from Somerset, Norfolk, Manchester, and Edinburgh, official file notes reported at that time. One account explained that “the fireball descended from about 120km in the sky to about 35km before disintegrating over Manchester.”

A witness who saw an object on the hillside said in a statement: “Saw bright red light, like coal fire red. Large perfect circle. Like a big bonfire. We could see lights above and to the right and white lights moving to the bottom. The light changed color to yellowish white and back again.”

Another account saw a light in the sky. “At approx 10 p.m. on 23/1/74: Saw a circular light in the sky at an estimated height of 1,500 feet. This object exploded, and pieces fell to the ground. Mr …… estimates the pieces would have fallen into the sea between Rhyl and Liverpool.”

Then in 2010, key witness, retired nurse Pat Evans, insisted she saw something strange on the mountainside. “We didn’t see anybody on the road even though there were various reports that we were told to go away by armed police and military, etc., which was all untrue. We’d heard an almighty bang, and we live at the foot of the mountain. I thought it might have been a plane crash. Me being a nurse and my girls being in St John (Ambulance), I thought we could help,” said Pat Evans.

It seems that the witnesses would understand if they were seeing lights from a lighthouse. What did they see? One day, the public might have conclusive evidence of what happened in January 1974.