What’s so funny about April? In America, this “holiday” has been raised to an even higher level, so it is celebrated as the National Day of Laughter at Work among colleagues and associates.

The Month of Humor

Everyone knows that laughter and humor increase productivity, encourage teamwork and reduce stress, so the holiday has been extended to the entire first week of April. As if that wasn’t enough, April was chosen to be the Month of Humor.

Some data say that it all started when the Gregorian calendar came into force in 1582 and moved the beginning of the new year from April 1 to January 1.

All the people who would forget about the new provision were subjected to jokes and laughter and were called April Fools.

The English poet Chaucer beautifully described the ups and downs of that part of the people who thought that April 1 was actually March 32 in his well-known “Canterbury Tales” from the 14th century.

Many other cultures also had in their tradition even older evidence of April jokes and gimmicks.

Two Russians and one American

The world has been watching closely as this April marked a time when two Russians and one American successfully landed together on Earth after the astronauts’ record stay in space.

Anton Shkaplerov, Pyotr Dubrov and Mark Vande Hei successfully landed on the planned location in the Kazakh steppe near the city of Zhezkazgan on Wednesday by the Russian spacecraft Soyuz MS-19, where they were met and accepted by rescue teams.

Pyotr Dubrov and Mark Vande Hei spent a total of 355 days together on the International Space Station, while Anton Shkaplerov collected a standard “flight” of six months (176 days) in this mission.

When Dubrov and Vande Hei took off into space in early April last year, their primary mission was planned for six months. Subsequently, it was extended for another six months, and the cosmonaut and astronaut worked together for almost a full year in space. 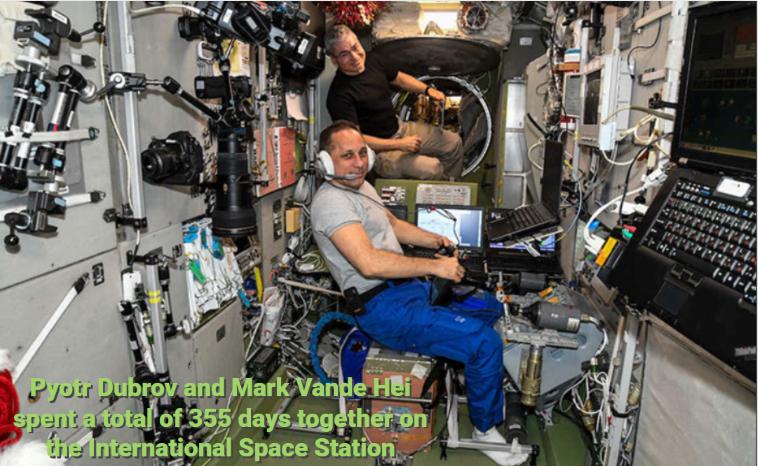 This is approximately the time it will take for humans to travel to Mars, in the not-so-distant future. The ISS crew performs a variety of tasks during their space flight.

Among these tasks is scientific-research and operational-technical maintenance of ISS but their very stay in space is actually the most important experiment conducted on themselves.

Health problems, loss of vision, bone mass, muscles, problems of the cardiovascular and nervous systems are crucial for understanding the effects of space conditions on the human body.

After the first medical examination at the landing site, they were transported by helicopter to the nearby airport. After that, Shkaplerov and Dubov flew to the Cosmonaut Training Center in Star City near Moscow and Vanda Hei to Germany and from there to the United States.

They are followed by months of strenuous training and recovery before their bodies return to normal after a one-year absence from Earth’s gravity.

Vande Hei told the media at the landing site that he can’t wait to be able to walk on his own and make coffee for his wife early in the morning.

Did you know that after a long stay in space, ISS returnees can’t walk on their own?

In fact, many believe that we will witness many more changes of the seasons before man is able to make a safe journey away from his home planet.

Despite the current geopolitical crisis, it is clear how people in space can work together and trust each other in order for their mission “under the stars” to end successfully and safely.