The most famous Telescopes known to mankind

Inventions and a bright mind have always been closely connected to astronomy. This is why we dedicated today’s blog to the most famous telescopes known to mankind!

Galileo’s telescope may the simplest, but it is the first telescope used in astronomy, so it has already earned its place in the history of science.

The Galileo telescope is in fact a tube in which a convex lens is built in at one end and a concave lens at the other.

The first is the primary lens and it serves to collect as much light from the observed object. The other is the eyepiece, the place where the path of the beam is corrected in order to be directed towards the eye of the observer.

The telescope itself is not Galileo’s invention.

The famous scientist heard about it in 1609 and immediately afterwards, they say in one day, he made one for himself.

Later, he made another hundred, but only a dozen could be used for observation for astronomical purposes. Galileo’s most powerful telescope magnified 30 times.

Galileo’s telescope was laden with flaws. But this telescope earned its fame because it was the first astronomical telescope and because Galileo made great discoveries with it, which are very important for the history of astronomy, as well as the entire science.

Each of these discoveries laid the foundation for modern astronomy and changed man’s view of the universe, the Earth and himself.

The idea of ​​placing a telescope in orbit around the Earth was more than a decade old when, in the mid-1980s, the conditions for its realization were met.

However, due to the catastrophic accident of the space shuttle Challenger, which exploded in 1986, HST waited for launch for several more years and was put into orbit only in 1990.

High above the Earth’s atmosphere (600 kilometers from the surface of the planet), this telescope showed the unprecedented beauty of the cosmos in the following years.

Not only did it provide scientists with an abundance of valuable data, but with its magnificent images, the Hubble telescope also attracted the attention of millions of those who had not been interested in space before.

The Hubble Telescope was named after perhaps the greatest and most important observer of the 20th century, Edwin Hubble, who made us get a completely different picture of the universe.

This telescope played an important role in determining the size and age of the universe.

The first telescopes were loaded with many optical defects. Chromatic aberration was overcome by Isaac Newton. 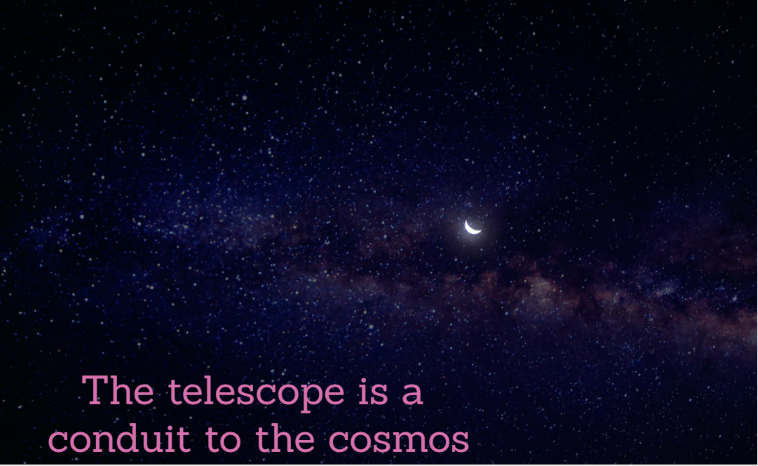 This deformation occurs because light rays of different wavelengths are refracted differently when passing through the lens, so the observed object is blurred and colored at the edges.

Newton avoided the problem by using a mirror instead of a lens. The curved mirror reflects (that is why such telescopes are called in short: reflectors) the collected light and directs it to another (secondary) mirror which again sends light into the eyepiece.

Since grinding glass was also a problem, Newton made a mirror out of metal.

This type of telescope is called the Newton Telescope and is widely accepted among amateurs.

This telescope certainly deserves its place among the most famous telescopes of all time. It was built on by the leading astronomer from the end of the 19th and the beginning of the 20th century, George Eleri Hale.

The telescope is named after the American businessman John D. Hooker who financed the entire construction project.

It took five years to make the mirrors, due to the slow process of cooling the glass.

When the telescope was installed, it weighed as much as 100 tons, and the dome was controlled by 30 electric motors. At one time, it was the largest telescope in the world.

It was precisely with this telescope that Edwin Hubble discovered that spiral nebulae are actually galaxies, that they are outside the Milky Way and that they are moving away from us.

This empirically proved the expansion of the universe, thus laying the foundations of cosmology.