Is it possible that our universe is not the only one, but that there are others similar to it? Read on to learn more about multiverse theory.

Do other universe’s exist outside our range of vision? We used to believe that the Earth made up the center of our universe until Nicolaus Copernicus came along and explained that the Sun was at the center. However, physicists now believe that they have evidence that multiple universes do exist. This concept already exists in many science fiction stories, from Men In Black to Dr. Who to Man in the High Castle. We discovered Earth was one of many planets, and that the Milky Way was one of many galaxies, and some scientists think the same could be said of the universe.

What evidence exists for Multiverse theory? According to Dr. Michio Kaku, the Hubble space telescope has mapped dark matter over the last several years. As we have discussed in prior articles, dark matter makes up most of the universe. However, dark matter is invisible. A couple of years back scientists from the University of Waterloo used weak gravitational lensing to combine lensed images to create a type of dark matter map. In his explanation of Multiverse, Dr. Kaku explains that another universe may hover inches above our universe. It shares the commonality of gravity and light can pass between it and our universe.

For an explanation, he tells how a fish in a pond can see side to side, front and back, but cannot see above its head. If we were the fish in the pond, we could see out into space, but we have yet to see above our universe. 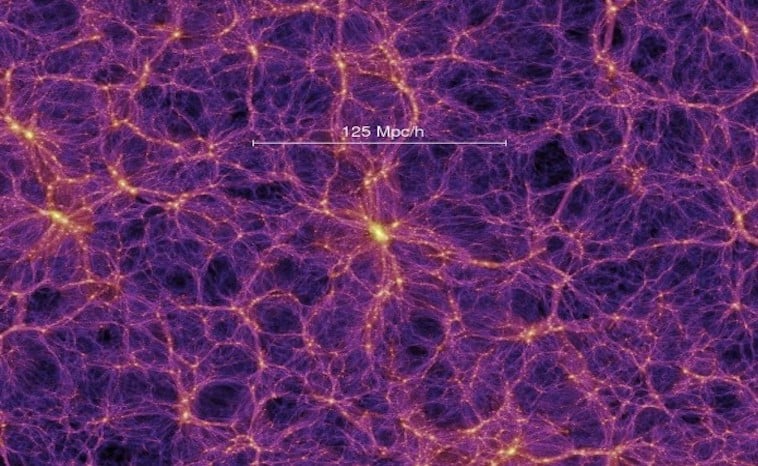 Scientists claim that our universe is constantly expanding. What causes this rapid expansion. Dr. Kaku offers an interesting theory on why our universe expands. Scientists know that black holes exist and have the gravitational force to pull stars into them. Where does all the matter go? Dr. Kaku uses the term white hole, where the matter essentially comes out the other side of the black hole. As a consequence, the white hole expands rapidly to accommodate the new matter.

In 2030, the European Space Agency plans to launch LISA. The Laser Interferometer Space Antenna which aims to measure gravitational shock waves and their sources. With three satellites connected by laser beams, it would make a triangle three million miles across. As a matter of fact, it would be the largest satellite system ever created. The sources of these shock waves would include black holes, binaries of compact stars, and speculative astrophysical object not yet discovered.

Each of the three LISA spacecraft contains two telescopes, two lasers and two test masses (each a 46 mm, roughly 2 kg, gold-coated cube of gold/platinum), arranged in two optical assemblies pointed at the other two spacecraft. The entire arrangement, which is ten times larger than the orbit of the Moon, will be placed in solar orbit at the same distance from the Sun as the Earth, but trailing the Earth by 20 degrees, and with the orbital planes of the three spacecraft inclined relative to the ecliptic by about 0.33 degree, which results in the plane of the triangular spacecraft formation being tilted 60 degrees from the plane of the ecliptic. (LISA, PDF)

So we will have to wait until 2030 to possibly find real evidence of Multiverse existence. The late Stephen Hawking gave us his thoughts before his passing.

“It would not be beyond the realms of possibility that somewhere outside of our own universe lies another different universe,” Professor Stephen Hawking, 2015. We shall wait to see.