Learn everything you need to know about the solstice taking place on Monday the 21st of June 2021.

What is the June solstice?

The June solstice, also known as the summer solstice, occurs each year between the 20th and 22nd of June. During this time, the duration of daylight is longer than that of the night. However, this is only the case in the Northern Hemisphere. At the same time, but on the other side of the planet, the winter solstice takes place. Comparatively, in the Southern Hemisphere the duration of the night will be longer than the daylight.

A solstice happens when the Sun is at 90 degrees in relation to the equator. On the June solstice, the Sun reaches its northernmost point and the Earth’s North Pole tilts directly towards the Sun, at about 23.4 degrees.

The word “Solstice” originates from the Latin word “solstitium”, which means sun-stopping. The point on the horizon where the Sun appears to rise and set, stops and reverses direction after this day. On the solstice, the Sun does not rise precisely in the East, but rises to the North of East and sets to the North of West, meaning it’s visible in the sky for a longer period of time.

Although the June solstice marks the first day of astronomical summer, it’s more common to use meteorological definitions of seasons, making the solstice refer to midsummer or midwinter.

After the June solstice, the Sun follows a progressively lower path through the sky. In many Northern Hemisphere cultures, this day is traditionally considered to be the midpoint of the summer season. Midsummer celebrations on or around the Northern summer solstice are common in many European countries.

In addition, the summer solstice is celebrated by thousands of pagans across the world. Many gather at Stonehenge which is believed to have been used as an important religious site by early Britons 4,000 years ago. On the summer solstice, the central Altar stone at Stonehenge aligns with the Heel stone, the Slaughter stone and the rising Sun to the north east. 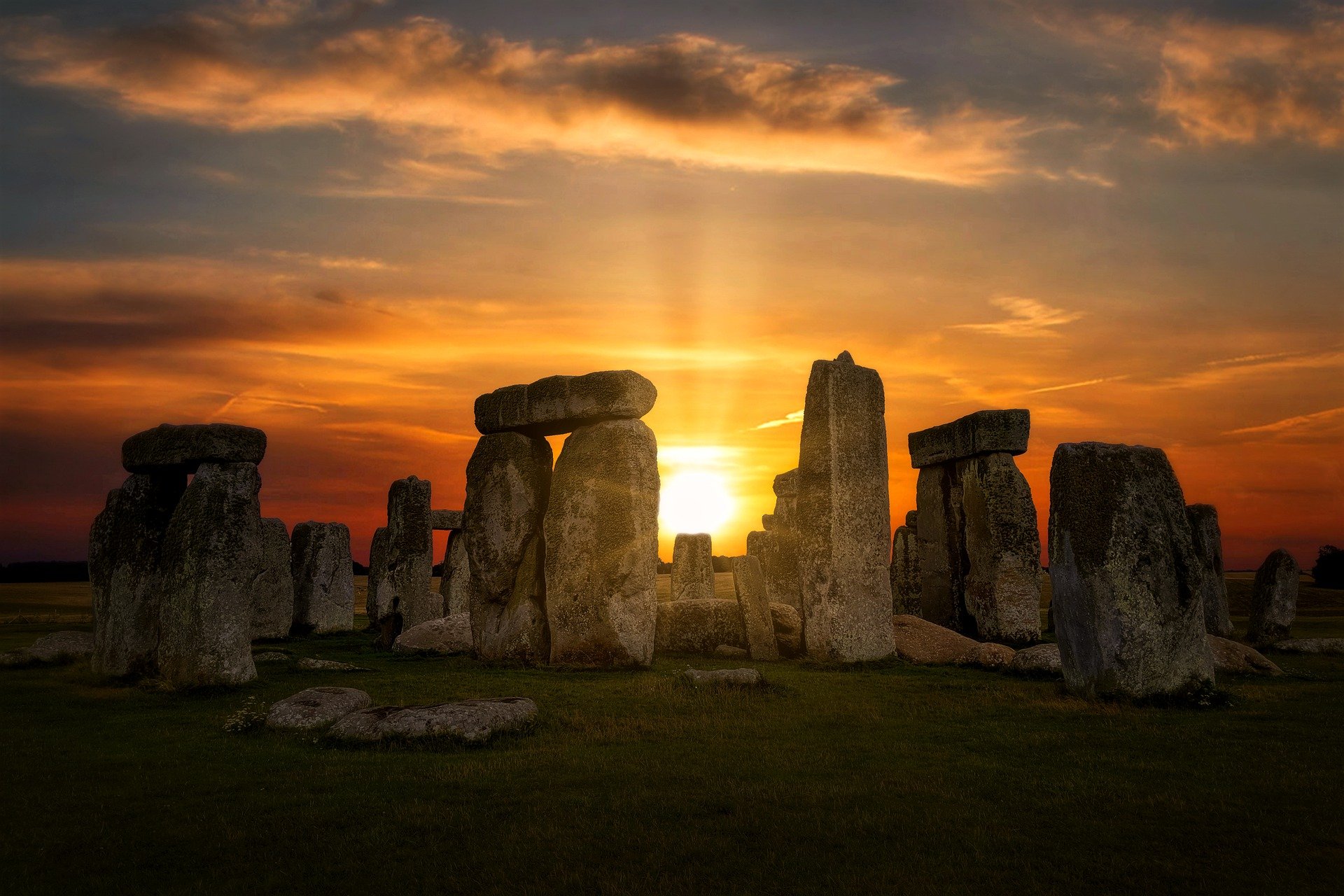 Stonehenge with the Sun (source: Pixabay)

The June solstice is the only day of the year when all locations inside the Arctic Circle experience a continuous period of daylight for 24 hours.

Discover the June solstice of 2021