The importance of sleep cannot be overemphasized. We don’t usually think about it because we usually get a lot of sleep. If we spend a night without sleep, then we make up for it later. But what about astronauts?

A person who is not getting enough sleep, loses their perception of the environment and cannot perform tasks properly, mood changes occur, it weakens the immunity, increases blood pressure, leads to problems with balance, etc.

Lack of sleep is a particular problem for astronauts because they often perform very complex tasks, both mental and physical. That is why they have planned sleep hours in their missions. On the International Space Station, the crew sleeps about six hours a day – this is the minimum.

But sleeping conditions at ISS are not easy to provide. The station orbits the Earth at a speed of 27,600 kilometers per hour and orbits the planet 15 or 16 times during the day, which means that the Sun rises at the Station the same number of times.

In addition, the Station constantly operates a number of instruments that create noise. That’s why astronauts have curtains on their windows and face masks to provide them with enough darkness to sleep. They defend themselves from noise with earplugs.

Sleeping in space, ie a spaceship or a space station, can also be dangerous. You can’t lie down in a corner up there and sleep for an hour, because there is no gravity and if you fell asleep in one place, you would wake up in a completely different one.

You would simply float away, with a high chance of hitting a device along the way and damaging it and injuring yourself. That is why astronauts have sleeping cabins at the Station. The cabins are the size of a telephone booth, as cozy and comfortable as possible in space. 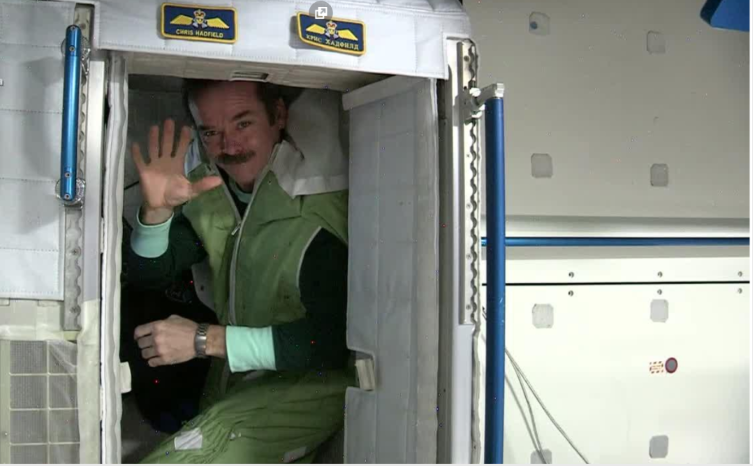 They have a local light, a computer and the like, and they also have a sleeping bag hung on the wall. The absence of gravity is a special problem just for sleeping. We are used to lying ON a pillow, and covering ourselves with a blanket. Up there literally everything is relative. Maybe the pillow is on you, not you on it.

Some who enjoy their pillow tie it with a Velcro headband to have such a feeling of sleeping at home. But this is by no means the main problem. When we breathe, we inhale oxygen, and we exhale carbon dioxide. In the weightless state, the emitted carbon dioxide forms a bubble around the sleeper’s head, and after a while he runs out of oxygen and inhales only carbon dioxide.

And if the brain cells are left without oxygen for only a few minutes, they are in danger and begin to die, which leads to brain damage and eventually to death.

That is why the sleepers at the Space Station have special ventilation in their cabins, which provides them with a constant inflow of a sufficient amount of oxygen.

All in all, it is not easy to be an astronaut even when sleeping.