In Albert Einstein’s theory of relativity, he made the argument that space can stretch and bend. Any mass moving through space sends ripples through space-time. Until last year scientists did not have a way to prove that theory. What happened in 2017 that made his theory into reality? Astronomers discovered gravitational waves projected from two colliding neutron stars. This event, known as a kilonova, was recorded by the Laser Interferometer Gravitational Wave Observatories (LIGO) in Lousiana and Washington State. As a result, scientists were able to notify other observatories to focus their telescopes on catching radio waves and gamma rays.

Before the discovery of gravitational waved in 2017, scientists could only detect events using the electromagnetic spectrum. However, with gravitational waves, they can also hear the event. In fact, scientists often convert the signals from gravitational waves into audio, generating distinctive chirps. The signal from the kilonova lasted around 100 seconds, about 1,000 times longer than the chirp generated by the much heavier black holes.

In a previous event, scientists captured two black holes converging on each other. As they merged, they released two times the mass of our sun into gravitational waves. These waves traveled at the speed of light through space compressing and stretching space-time. Eventually, they reached Earth 2.9 billion miles away from the event. From the LIGO facilities in the United States, they determined the direction, strength, and distance of the merger. 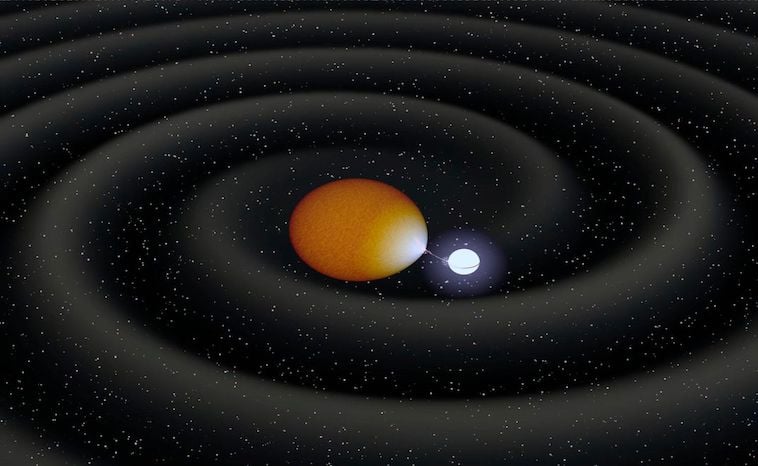 By studying the ripples or waves, scientists can work backward and determine what size of mass made the ripples and how fast it was moving. Strangely enough, most of the waves they detect now occur when objects with large masses come together. Their instruments cannot yet detect smaller events. Once they develop more sensitive instruments scientists will be on a path to detect more objects. Unlike light, gravitational waves do not get blocked by dust, gas or stars.

As LIGO facilities detect these waves from super mass collision events, they will communicate instantly around the world to other laboratories. “When a signal is detected at the gravitational-wave observatories, the scientists there will send word to their colleagues, who can then point their telescopes at the source,” said Kevin Marvel, the executive officer of the American Astronomical Society.

What does want scientists want to learn with Gravitational Wave Astronomy?

The study of gravitational wave astronomy has just begun, and with each passing wave, our understanding of the universe may have answers to the most difficult questions.