When we look into the sky at night we only see about 5% of the observable universe. Dark matter makes up about 68% of the matter in space. Read on to learn more about the discovery of a new dark matter particle.

Recently, physicists have identified a particle that may compose dark matter. Scientists believe that dark matter exists because of the gravitational force it appears to exert on the visible Universe. They believe that without dark matter, galaxies would be torn apart. However, dark matter is a hypothetical invisible mass possibly responsible for adding gravity to galaxies and other bodies.

The newly discovered subatomic particle is called a d-star hexaquark. Particles smaller than an atom are considered subatomic. The three main subatomic particles that form an atom are protons, neutrons, and electrons. The origin of dark matter in the Universe has stumped scientists for years. They have not had the evidence needed to confirm the existence of dark matter. “Until now, science has drawn a blank,” explained nuclear physicist Daniel Watts of the University of York in the UK. He believes that the particle belongs in the area of quarks. Protons and neutrons are made of quarks.

Quarks have not been directly observed. However, theoretical predictions based on their existence have shown up in experiments. 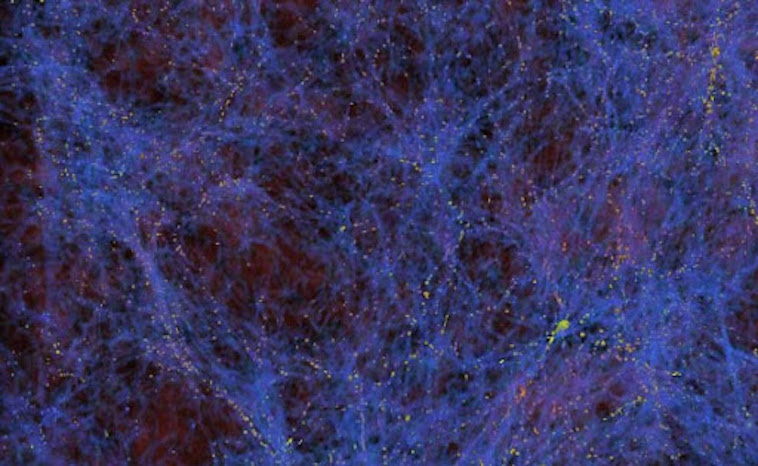 Traditionally, protons and neutrons are made of three quarks each. Three quarks make a baryon. A subatomic baryon particle, such as a nucleon or hyperon, has a mass equal to or greater than that of a proton. The observable matter in the Universe comes from baryons.

Over recent years, scientists have found exotic particles made from four or five quarks. Scientists refer to these as tetraquarks and pentaquarks. When six quarks combine, this creates a type of particle called a dibaryon, or hexaquark. Scientists have not observed but a few of these particles. How did they discover the D-star hexaquark? They discovered the particle during experiments at the Juelich accelerator in Germany, in which they were smashing proton beams on neutrons.

D-star hexaquarks can form Bose-Einstein condensates. Bose-Einstein condensates, also known as the fifth state of matter, form a gas of bosons at low densities. When cooled to absolute zero, the atoms in the gas go from their regular wiggling and jiggling to quite still. Scientists speculate that in the early Universe, these condensates formed. Therefore, they exist from the cooling period and made what we refer to as dark matter. As a result, they now want to perform tests to see what happens with D-star hexaquarks.

“The next step to establish this new dark matter candidate will be to obtain a better understanding of how the d-stars interact. For example, when do they attract and when do they repel each other,” said University of York physicist Mikhail Bashkanov. How do they plan to test these theories? “We are leading new measurements to create d-stars inside an atomic nucleus and see if their properties are different to when they are in free space,” said Bashkanov.

Scientists may have the origin of dark matter in their labs. D-star hexaquarks may indeed make up the base of the dark matter in space. Where will this knowledge lead? It may help answer questions regarding how space moves within the confines of gravitational waves. However, if dark matter does not exist, then it’s back the drawing board for particle physicists.