Circinus is another relatively small constellation, in fact it comes in at the fourth smallest constellation in the night sky. It is located in the third quadrant of the Southern hemisphere and can be viewed specifically at latitudes between +30° and -90°. Its name is derived from the Latin language “the compass”; the tool used for drawing circles.

Circinus is 85th in overall size, covering an area of 93 square degrees. It is neighbors with the constellations of Apus, Centaurus, Lupus, Musca, Norma and Triangulum Australe. In addition, Circinus has no Messiers or meteor showers. 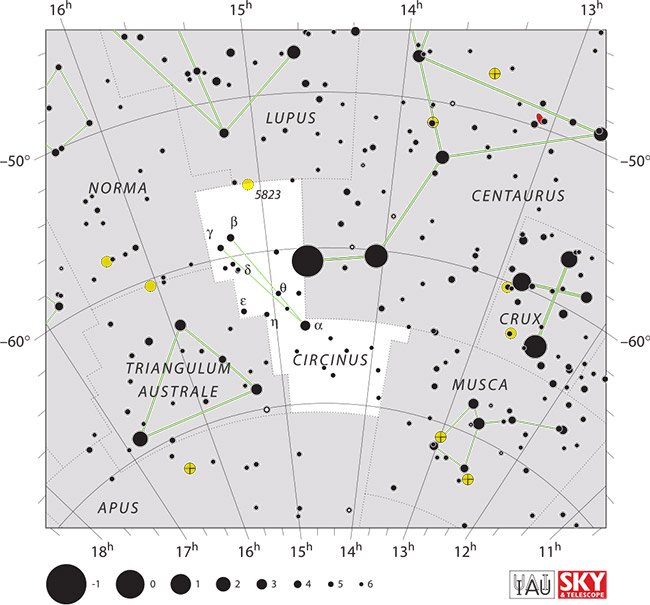 Circinus has three deep sky objects. Read on to discover some fascinating facts about these celestial wonders.

The constellation Circinus consists of only four main stars that makes up its shape. Let’s explore them further. 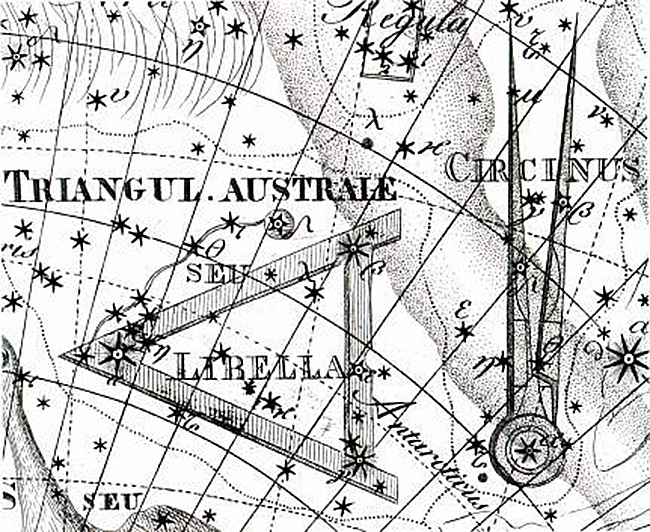 Circinus from Chart XX of the Uranographia of Johann Bode

Out of all the stars that make up the Circinus constellation, none shine brighter than Alpha Circini. It is situated an estimated 53.5 light-years away and is made up of two components. It is a visual binary with a dimmer companion and classified as a rapidly oscillating Ap star.

Although the Circinus constellation has no mythology surrounding it, it does have a story. This constellation came to be by a French astronomer by the name of Nicolas Louis de Lacaille. He created “Le Compass” to fill the void in the sky between Triangulum Australe (depicted as a surveyor’s level) and other constellations.

Circinus is a fascinating constellation, so the next time you are gazing into the night sky be sure to search out this intriguing figuration of stars.