After a series of delays in recent months, NASA finally launched the Artemis I mission on November 16th. With that, the most powerful American rocket ever built started its journey to the Moon and back.

The entire mission will last, if everything goes according to plan, almost a month.

Instead of a crew, this mission has three mannequins filled with sensors, and its goal is to reach the Moon, go around it and return to Earth.

The next mission, Artemis II will repeat the entire journey, but with a human crew. That mission is planned for 2024, so that the following year (2025) the whole journey will be crowned with the landing of a crew on the Moon.

Of course, in order for the plan to be realized, it is necessary for all previous missions to be successful.

The launch vehicle itself, the Space Launch System (SLS), is a giant and the largest NASA rocket to date. If everything goes well by then, it should also carry four astronauts who will fly around our neighbor in 2024, and next year the astronauts will land on the Moon. Of course, these are all just plans. 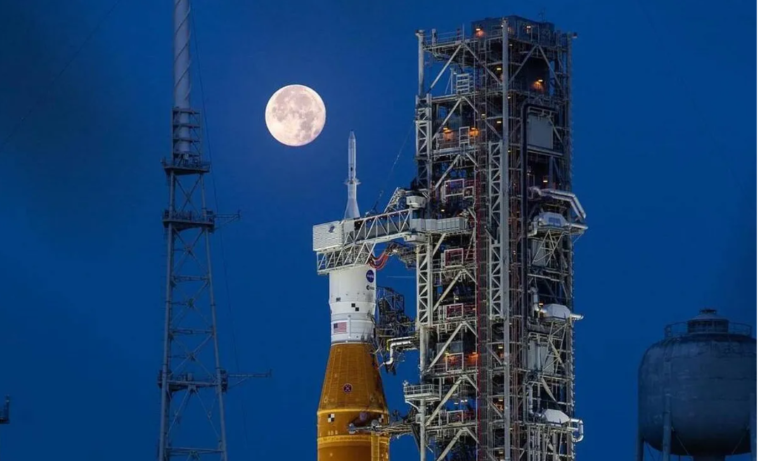 This flight costs 4.1 billion dollars and will last 25 days. And after the entire Artemis mission, there are plans to build a base on the Moon where a human crew will reside permanently. The base should be built by the end of the next decade, that is, by the beginning of the fifth decade of this century.

Let’s dig into the past (Apollo, of course)

All astronautics and astronomy lovers were waiting with hope for the final takeoff of Artemis 1. But for those who experienced the Apollo program, is Artemis really something new and is it sustainable?

Fifty and more years have passed since Apollo, and cosmonautics seems to have not progressed. The space shuttle was infamously shut down.

Now the gigantic and expensive SLS (space lunch system) rocket is taking off to the Moon, which costs 4.1 billion dollars per launch! Such high costs call into question the viability of such flights.

The costs can reach astronomical and absolutely unattainable numbers. It is already estimated that the return of man to the moon (Artemis 1, 2 and 3) will cost a total of 93 billion dollars.

Technologically, the SLS Rocket is not a significant improvement compared to the Saturn 5. So far, the SLS rocket has proven to be less reliable than the Saturn 5. The Moon is reached from the Orion spacecraft, which uses the same basic configuration as the Apollo command.

All in all, a huge, expensive, non-reusable rocket.

Can there be a cheaper and more reliable solution?

Maybe that’s what SpaceX is trying to do. Starship, a ship that needs to take off from Earth, enter Earth’s orbit, fly to the Moon, launch, take off, return to Earth and land on it. And to be usable again.

So far, Starship has not even reached the first step – the Earth’s orbit, but it is a commendable attempt to create a new concept of human flight into space.