Since starting active service in July, NASA’s James Webb Space Telescope has delivered an array of compelling images and new data. And now it’s just offered another first – detailed chemical analysis of the atmosphere of an exoplanet located 700 light-years away. In this blog, we’ll tell you everything you need to know.

After plenty of hype and anxious waiting, the NASA James Webb Space Telescope (JWST) launched on Christmas Day 2021. Its primary aim is to observe parts of space further away than we’ve ever seen before and to give new insight into objects previously studied by the Hubble Space Telescope. And since its activation this summer, the JWST is already getting astronomers from around the world excited. We’ve seen stunning images of nebulae and detailed infrared shots of aurora activity on Jupiter. We’ve also been treated to the deepest and sharpest view of the universe we’ve ever captured. But now, the JWST has turned its attention to exoplanet WASP-39 b in a study that could answer questions about life in the universe.

WASP-39 b, also known as Bocaprins, is an exoplanet (a planet outside our Solar System) first discovered in 2011. It orbits Wasp-39, a Class G star found around 700 light-years from Earth in the constellation Virgo. Wasp-39 b is known as a ‘hot Jupiter’ planet. Like Jupiter, it is a gas giant; however, it orbits very close to its parent star (eight times closer than Mercury to our Sun) and has an average temperature of around 900 degrees Celsius.

What did the JWST find?

After training its sights on WASP-39 b, the NASA telescope revealed isolated elements in the planet’s atmosphere, including sodium, potassium, and water vapour. It also detected carbon dioxide and carbon monoxide and found evidence of cloud formations. Additionally, sulphur dioxide, produced in a chemical reaction triggered by starlight, was also detected – another first for an exoplanet. Shang-Min Tsai, a University of Oxford researcher and lead author of the research paper, said, “This is the first time we see concrete evidence of photochemistry – chemical reactions initiated by energetic stellar light – on exoplanets. I see this as a really promising outlook for advancing our understanding of exoplanet atmospheres with (this mission).” 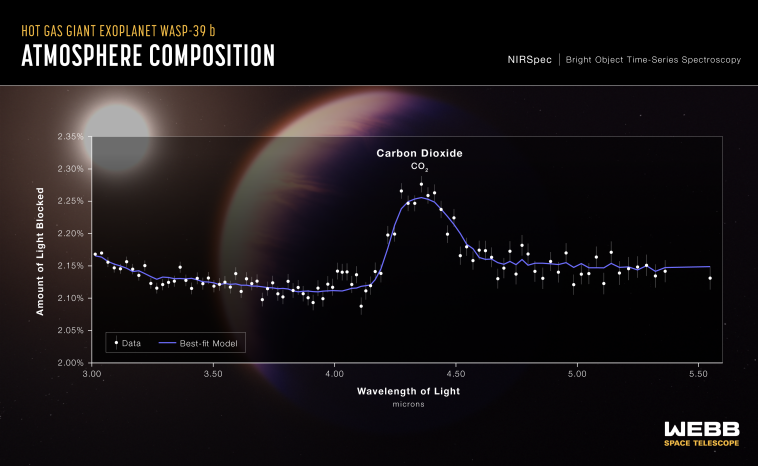 How did the NASA JWST do it?

The discovery was made possible using the transit method, which is how most of the exoplanets we’ve discovered have been spotted. As telescopes focus on a star, astronomers look for any slight, momentary reduction in light output from the star. Should this happen, it indicates that a planet has passed in front of the star, blocking some of its light from reaching us. With the JWST, we can see these transits in even greater detail. As starlight passes through an exoplanet’s atmosphere, different wavelengths on the visible spectrum are blocked by elements in the atmosphere. By analysing the wavelengths that have been blocked, we can determine the elements that are present.

As WASP-39 b is a known ‘hot Jupiter’ exoplanet, the results were anticipated and haven’t changed our understanding of the planet. But now that these techniques have been proven to work, NASA can replicate the experiment on other targets. One such candidate is the TRAPPIST-1 star system, 40.7 light-years away. The star is known to play host to seven planets; interestingly, as many as four are potentially habitable rocky worlds. The JWST could confirm whether any of these planets are indeed habitable. Eventually, it’s even possible that the telescope could find signs of biosignatures – confirming life, in some form, on another planet. 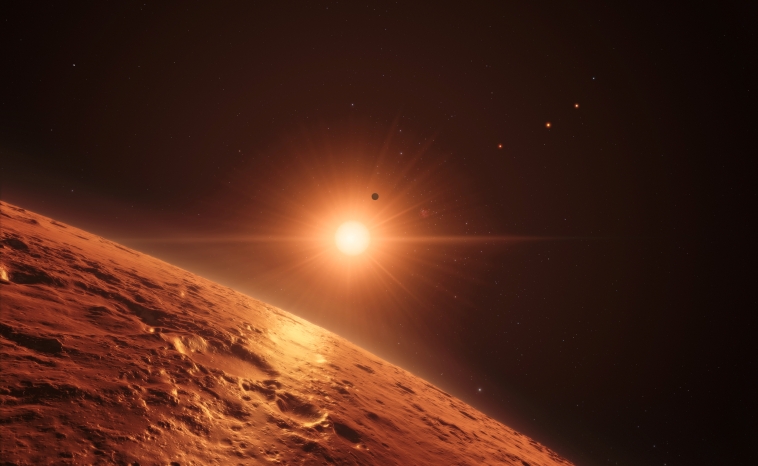 Whatever the outcome, the JWST will surely give us even more fascinating insights into the universe throughout its expected mission duration. And while we wait, why not learn more about the stars by downloading the OSR Star Finder App?