In the coming weeks, comet C/2022 E3 (ZTF) will pass through the inner solar system and could be 2023’s brightest comet in the night sky. In this article, we’ll tell you everything you need to know about the visiting comet and, if everything goes to plan, how you can see it.

What Is a Comet?

Comets are relatively large objects composed of dust, ice and gas. They orbit the sun the same way an asteroid might. But as they get closer to the sun, ice and dust vaporize, leading to a process called outgassing. As ice melts and gas is released, the comet develops a fuzzy atmosphere called a coma. They can also grow their famous glowing tails that are a treat to witness when visible from Earth.

Most comets come from the Oort Cloud, a vast and distant cloud of dust and ice that shrouds the outer edges of our solar system. The Oort Cloud is also the most likely origin of C/2022 E3 (ZTF). 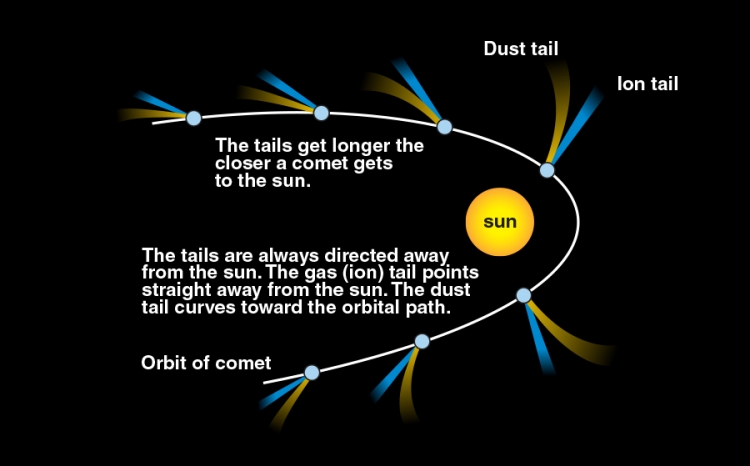 Comet C/2022 E3 (ZTF) is a long-period comet, a category of comet that has an orbital period longer than 200 years. C/2022 E3 (ZTF) has an orbital period of around 50,000 years – it hasn’t been visible from Earth since the early days of our species. It might have even caused a stir with some Neanderthals! The comet was discovered on 2nd March 2022 using the Zwicky Transient Facility at Palomar Observatory, California. This wide-angle astronomical survey scans the entire northern hemisphere night sky every two days.

At discovery, the comet had an apparent magnitude, or brightness, of 17.3, before brightening to 10 by November last year. According to observations, it has a condensed green coma, a short dust tail, and a faint ion tail. Green comas are uncommon on comets, which scientists believe is caused by a significant presence of diatomic carbon.

The comet will reach its perihelion, or closest approach to the sun, on 12th January 2023. At this point, it will be around 166 million km from the sun and will start to get brighter. However, while there are no guarantees with comets, you might have better luck from 1st February. This is when the comet makes its closest approach to Earth, getting as near as 42 million km. After reaching their perihelion, comets often get brighter as the heat from the sun increases outgassing activity, which can lead to a brighter coma and a bigger tail.

Unfortunately, this increased activity can also cause comets to break up! Assuming this doesn’t happen, as C/2022 E3 (ZTF) reaches its closest point to Earth, its brightness may be around magnitude 5 or 6. This technically means it could be visible with the naked eye. But you’ll probably need a dark sky and a pair of binoculars or a small telescope to have the best chance of spotting the comet.

As the comet travels across the night sky, it will follow a path close to the north celestial pole. This makes knowing how to see C/2022 E3 (ZTF) an easy task! As it approaches its nearest point to Earth at the beginning of February, it will pass nearby Ursa Minor before passing Polaris, also known as the North Star. You can quickly find the North Star by looking for the Plough in the Ursa Major constellation. 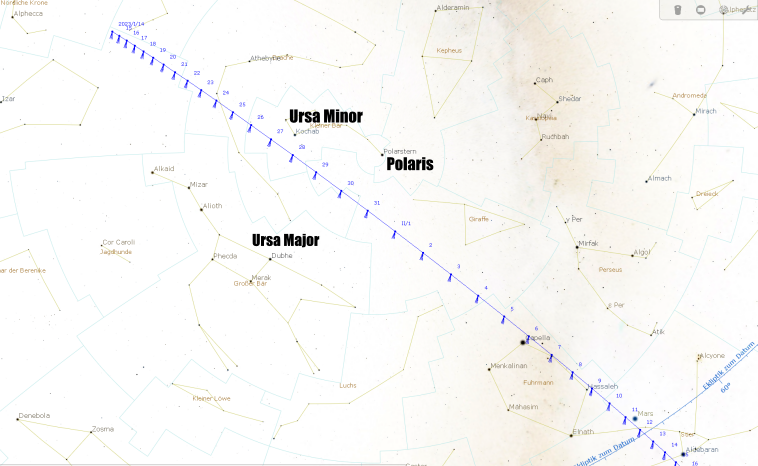 The comet is in an open parabolic orbit, meaning its orbit isn’t bound to the sun. Because of this, its current journey through the solar system should be its last. This means that this visit will be the last chance Earthlings have to catch a glimpse of the comet.

Comet activity is notoriously difficult to predict. But, with a bit of luck, the coming weeks could see a great start to stargazing in 2023. However Comet C/2022 E3 (ZTF) behaves during its visit, the sky is full of fascinating stars that you can learn more about with the OSR Star Finder App.