What Are Constellations? 20 Facts About These Fascinating Groups of Stars

We have probably all heard of the Big Dipper and it’s smaller counterpart, the Little Dipper. If you know where to look in the Northern hemisphere, and what to look for, these constellations pop into our line of sight and really are a wonder to behold. However, scientists do not buy into the idea that these stars were placed in this order, but rather we have strung the stars together in our own minds to represent an object or celestial being.

This is called, mnemonics or memory aids and it works to help us breakup space into more manageable bits, as well as remembering the individual names of each star that makes up the constellations. This is not quite as magical or romantic as thinking the stars have formed into beautiful works of art for us mere mortals to behold, but it works in science and astronomy. 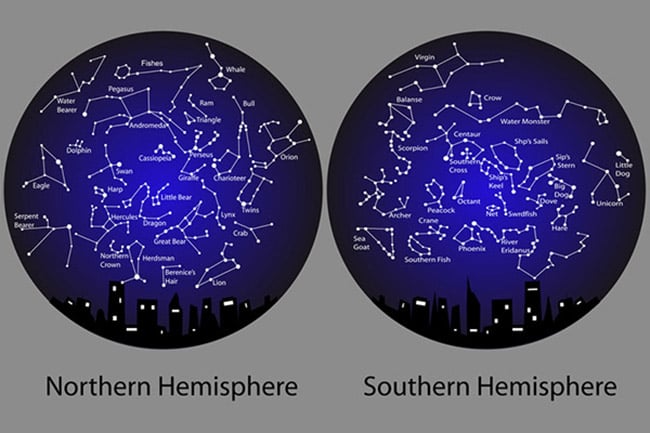 The constellations have been around for thousands of years and have been passed down from generation to generation. Let’s take a closer look at some cool cosmo constellation facts. Whether you believe in the romantic, magical side or the pure science in it all, these stars really are something to behold.

2. Farmers were the first to use the constellations. In some areas the changing of seasons was so subtle that the farmers depended on the stars to know when it was time to plant and when the time was right to harvest.

5. A book written in 150 A.D. called, Almagest, was written by an Alexandrian astronomer, Ptolemy. He used historical data provided at the time from 120-150 A.D. He claims to have taken data from as far back as the 8th century B.C. Babylonia. 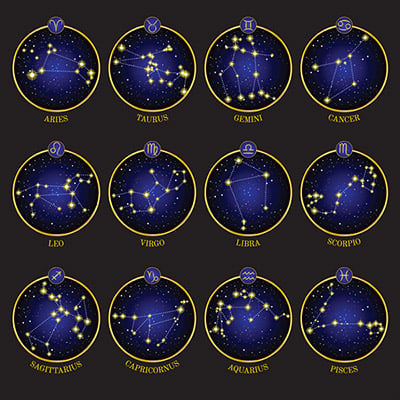 9. These original constellations were the only ones to be named until a German Globe maker named, Casper Vopel added two more in 1536. They are called; Coma Berenices and Antinous.

10. In Ancient Greek they did not name any constellations with the southern stars until 1589, when a Dutch astronomer named, Plancius began to fill the southern celestial void. He created, Crux and Triangulus Antarcticus. From here he went on to create many more constellations.

12. Before fancy navigational equipment on seafaring ships, the stars were used to pinpoint their locations; Polaris (The North Star) and Ursa Minor (Little Dipper constellation) were used to figure out latitude (North/South) by how high Polaris was in the sky. 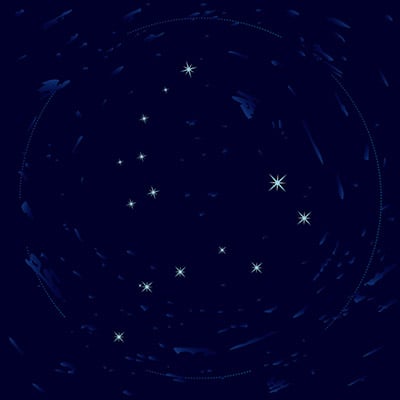 13. In the Hindu culture, the Nakshatra is the term for lunar mansion. A nakshatra is one of 27 (sometimes also 28) sectors along the ecliptic. Their names are related to the most prominent patterns of stars in the respective sectors.

14. Each constellation has Greek mythology and stories about how they came to be. These stories usually involve angry gods and mysterious beings.

15. Today, the stars have been mapped and show their positions. However, the stars found in each constellation may not be close to each other at all. Some of the stars will shine brighter if they are closer to Earth or if they are very large stars.

16. Not everyone can see all the constellations – it depends on where you are in the world. In addition, the season of the year also plays a role in what constellations can be seen.

17. Hydra is the largest constellation by area which takes up 3.16% of the sky.

19. The Big and Little Dipper are considered asterisms. This is when a small pattern of stars is found within a constellation.

The next time you are gazing into the night sky, take some time to look for any one of these constellations. They may just be a memory tactic, but they are beautiful and fascinating in their own right.