1. The origin of Father’s Day

In 1909, the American Sonora Smart Dodd came up with the idea of organizing a special day for her dad. Sonora greatly admired her father. She felt that if there was a Mother’s Day, there should also be a Father’s Day. The idea of celebrating Father’s Day quickly became popular in America.

2. The youngest and oldest dad in the world

The youngest father in the world is British Sean Stewart. He fathered a son at the age of 12. On the other side is Ramjit Raghav from Northern India who was 93 years old when he first became a father! At the age of 96 he became a father for the second time, to a baby boy.

3. The father with the most children

Sultan Moulay Ismail from Morocco is the world record holder, according to the Guinness World Records, for having children. He is said to have had at least 1171 children, thanks to his four wives and a harem of 500 women. In 1704 a French priest wrote about this incredible occurrence.

Father’s Day is number 4 on the “Most Sent Cards” list. On Father’s Day, an average of 93 million cards are shipped worldwide! In the top 3 of card-sending days are Mother’s Day, Christmas and Valentine’s Day. The first Father’s Day card was sent 4000 years ago, in Babylonia. A son wrote a card made of clay for his father. He wished his father a healthy and happy life. 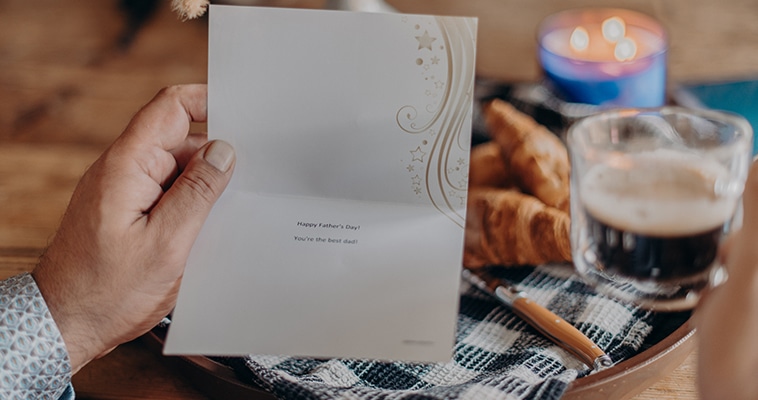 5. The most common gifts

The most popular gifts for Father’s Day are ties, socks, or aftershave. Are you looking for an original gift for Father’s Day this year? A gift from the Online Star Register is the perfect way to memorize the bond you have with your father.

Name a star for Father’s Day

This Father’s Day you can give your father a present he will never forget. Name a shining star in the sky as the most personal and unique gift in the universe. Let your father shine on Father’s Day with this beautiful gift.

Name a star after your father!