The United States Air Force will send its low Earth orbit x-37B space plane back into orbit on May 16th. Read on to learn more about what special technology it has onboard.

. The x37B space plane is one of the most advanced planes built by Boeing. The United States Air Force uses the plane for experiments and other classified missions. The mission set to launch May 16th will have experiments. For example, it will assess the effects of cosmic radiation and other “space effects” on plant seeds and various material samples. However, it will, for the first time, test a new system using laser power.

The United States military wants to power drones and other unmanned objects with something different than batteries. They believe that lasers can provide the needed power that these items require. Using lasers to beam energy to small UAVs has been a subject of research for some time. The U.S. Air Force began testing lasers as a source of propulsion for small “light craft” as early as the 1980s. For example, it managed to get a small cone-shaped craft to fly hundreds of feet in the air propelled only by laser beams.

The x-37B’s flight will have technology designed by the Naval Research Laboratory. This technology can capture solar power and beam that energy back to Earth in the form of microwaves. If it works, the system has enormous implications when it comes to long-endurance unmanned aerial vehicles (UAVs). In addition, it could allow satellites to provide reliable power anywhere on the planet. Furthermore, it could power spacecraft or other satellites in orbit.

“This launch is a prime example of integrated operations between the Air Force, Space Force, and government-industry partnerships,” said Air Force Chief of Staff Gen. David Goldfein. “The X-37B continues to break barriers in advancing reusable space vehicle technologies and is a significant investment in advancing future space capabilities.”

The Naval Research Laboratory has developed a long-range, free-space power beaming system. The laser beam carries 400 watts of power across 325 meters, from the transmitter to the receiver, which is invisible to the naked eye. Why is this important? The receiver at the other end of the beam converts the laser energy to D.C. power. At this point, an inverter turns the D.C. power into A.C. power. The A.C. power generates the watts needed to run lights, several laptops, and a coffeemaker. 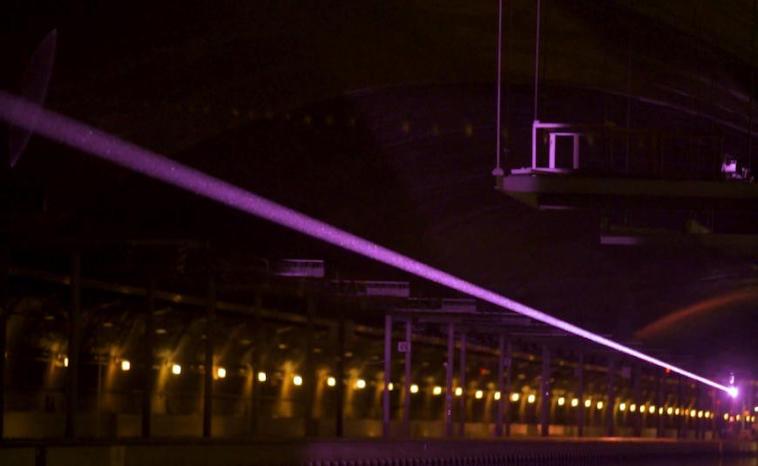 “Power beaming, the concept, has been around for decades and there’ve been laboratory demonstrations, but this is a first and a new technology that’s getting fielded,” explained Tom Nugent, chief technology officer of PowerLight Technologies, the hardware provider for the Power Transmitted Over Laser (PTROL) project.

Secondary Use of Laser Power

Dr. Paul Jaffe, an electronics engineer with the U.S. Naval Research Laboratory, stated, “If you have an electric drone that can fly more than an hour, you’re doing pretty well. “However, if we had a way to keep those drones and UAVs flying indefinitely, that would have far-reaching implications.

Imagine using the laser power to send watts to locations that are remote, hard to reach, or lack infrastructure. Areas devastated by natural disasters could use the lasers to bring much-needed electricity to aid in reconstruction efforts. Placing a source of power in space makes good sense. The potential application seems like a positive advancement for humans everywhere.