Like a bully on the playground shoving a kid off the jungle gym, Jupiter may have pushed another gas giant out of our solar system.

Astrophysicists from the University of Toronto, Canada, are making claims that around four billion-years-ago, Jupiter may have been responsible for the ousting of another large planet.

The notion of a fifth gas giant (besides Jupiter, Saturn, Uranus and Neptune) was first theorized in 2011 and was suspected that either Jupiter or Saturn was the celestial “bully.” Ron Cloutier from the Toronto-based University states; “Our evidence points to Jupiter.” 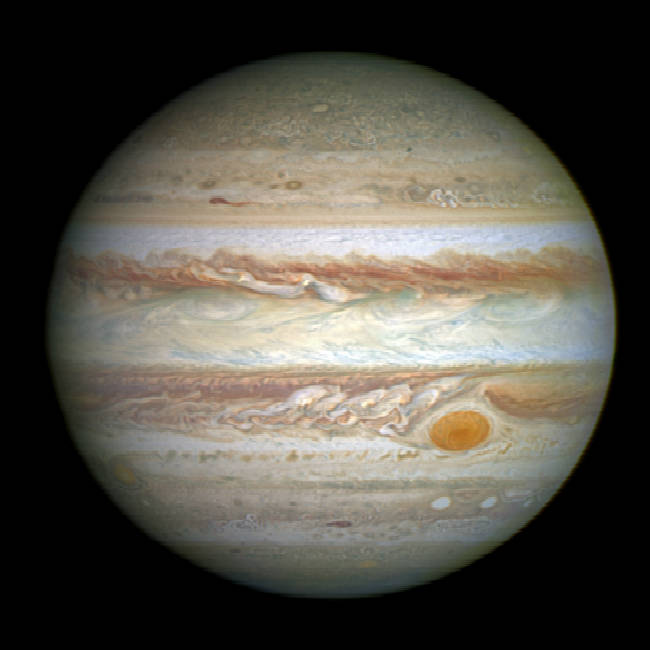 Why? Science has learned over the years that planet ejections can occur as a result of a planetary object coming within a very close proximity to another. This allows the one object to accelerate so much that it can actually break free from the gravitational pull of the Sun.

In order to develop a working theory, Cloutier and his colleagues developed computer simulations based on the current trajectories of Jupiter’s moon, Callisto and Saturn’s moon, Iapetus. They then took simulated measurements of each moon’s current orbital if the host planet did indeed eject a hypothetical planet – as this would certainly cause a notable disturbance in the moon’s prior orbit – and what they found was fascinating (to say the least).

Cloutier shares the finding in a statement. He says; “Ultimately, we found that Jupiter is capable of ejecting the fifth giant planet while retaining a moon with the orbit of Callisto. On the other hand, it would have been very difficult for Saturn to do so because Iapetus would have been excessively unsettled, resulting in an orbit that is difficult to reconcile with its current trajectory.”

So if any planet would have been the culprit, all theories point to Jupiter. But is this theory solid? Was there another gas giant that failed to hold its place among our Solar System’s planets and stars? For now all we have is a simulated theory to, perhaps, explain this mysterious occurrence. But one thing is for certain, it is truly fascinating to think about what this “wayward” object may have been like and how it could have changed our entire galaxy.