Footage of the International Space Station from late February shows an Unidentified Flying Object near the ISS. What is this aircraft? Read on to find out more about this mystery.

The past couple of years has seen a large number of reports of UFO encounters coming from the UFO community. Many of these reports surround UFOs hanging around the International Space Station (ISS). Usually, these reports contain some outrage as NASA cuts the live feed when something strange flies past the ISS. People want explanations regarding these objects, and most explanations from officials seem ridiculous.

During the last week of February, the ISS captured footage of a strange pine-cone shaped object near the ISS. Typically, NASA cuts the live feed during these encounters. However, in this instance, it kept the cameras on and allowed viewers to watch a 22-minute escort by the UFO. During the live feed, the object travels at the same speed as the ISS or 17,150 miles per hour (4.76 miles per second). About 22 minutes into the travel, the purpose flies upward at a 90-degree angle out of site. What did everyone witness?

Skeptics claim that it was a military aircraft. Is that a plausible explanation? The United States X-37B max travel speed flies at 17,430 miles per hour. However, the last time the X-37B entered Earth’s Orbit was in October of 2019. Like the space shuttle, the solar-powered X-37B space plane launches vertically, with the aid of a rocket. Then, it cruises back to Earth for a runway landing. The diminutive space plane is designed to operate at altitudes ranging from 110 to 500 miles (177 to 805 km). The ISS travels at a height of 254 miles.

Did everyone see the X-37B traveling alongside the ISS? Looking closely at the top side of the UFO, it appears pointed. The topside picture of the X-37B does not quite match the UFO. It might be possible if we knew whether or not it was re-launched. However, public records do not show launch this year. Furthermore, knowing that the X-37B exists, public officials would certainly have made that explanation. 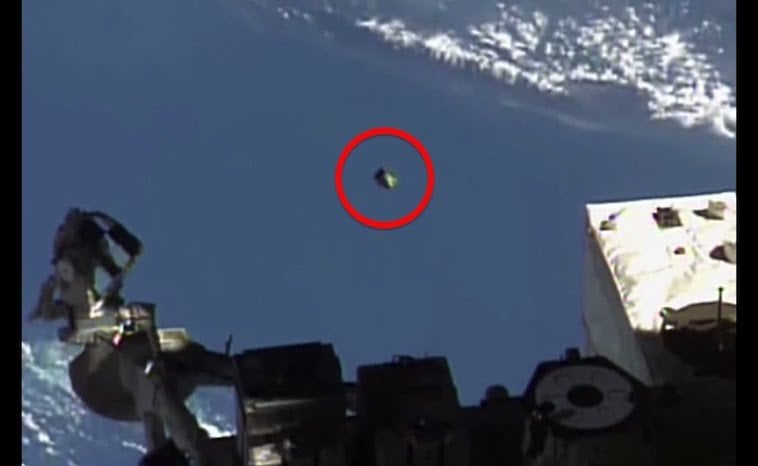 The number of UFO encounters with the ISS has not been made a matter of public record. However, a quick search on the internet shows numerous encounters over the past several years. Several questions need to be answered to solve this mystery.

Hopefully, we can get answers to these questions the next time this object appears near the ISS. Until then, we will have to wait for another UFO encounter.