Space X is ready to launch 60 satellites into low earth orbit. What is the purpose of the satellites? Read on to find out about Space X’s satellites.

There are parts of the world that do not have access to the internet. With some people on dial-up the lack of high speed internet for them seems problematic in 2019. Elon Musk, founder of Space-X, wants to fix this problem. In 2015, Space X announced a communications satellite network. They called the new project Starlink.

SpaceX plans to use its Falcon 9 rocket to launch the satellites into low earth orbit. Plans are scheduled to launch around May 22, 2019. The United States FCC has set rules in place that SpaceX must meet for over the next six years. The FCC has placed rules on internet service providers to prevent them from tying up Low-Earth orbit space. Furthermore, SpaceX will have to remove satellites that go defunct within specific timelines as well. These rules for removing defunct satellites come under the direction of NASA. 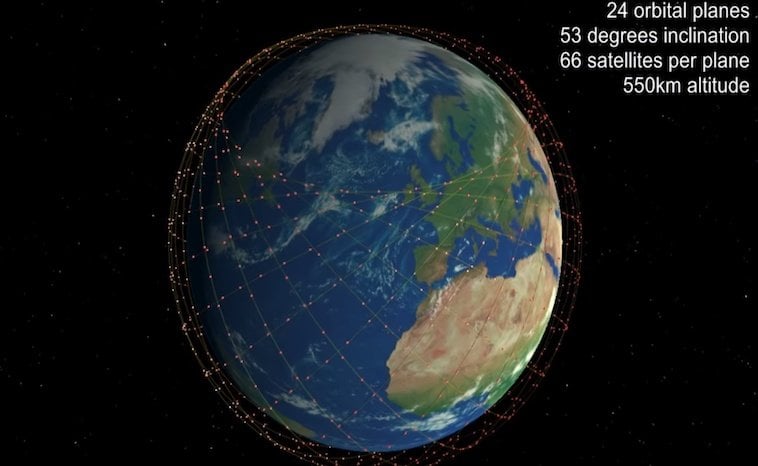 With sixty satellites set to launch in May, SpaceX will need an additional 350 to meet minimum broadband coverage. In addition, it will need 780 of the first 1,600 to meet moderate coverage. SpaceX estimates that their broadband service will generate $30 billion dollars in revenue by 2025. What do they plan to do with the money? Elon Musk has a passion for Mars. He plans to develop a version of the satellite communication system for Mars. Remember that Elon Musk got in the rocket business to put a greenhouse on Mars.

The satellites will be mass-produced, at a much lower cost per unit of capability than existing satellites. Musk said, “We’re going to try and do for satellites what we’ve done for rockets. In order to revolutionize space, we have to address both satellites and rockets.Smaller satellites are crucial to lowering the cost of space-based Internet and communications.” (SpaceX, 2019)