Elon Musk has planned a special trip around the moon using his Big Falcon Rocket. Read on to learn more about this special lunar mission.

We know Elon Musk from his famous Space X Falcon 9. Its heavy boosters made history in 2018 for successfully landing back on Earth after launching the Falcon Heavy Rocket.  Aside from working on his Tesla cars, Elon has other plans for an upcoming moon adventure.

To The Moon and Back

As easy as what Jackie Gleason made it sound to send Alice to the Moon during episodes of the Honeymooners, Elon Musk has a harder task before him. Space X plans to send a Japanese billionaire Yusaku Maezawa and seven of his friends around the moon in 2023. Why now? Why have we not sent men to the moon since the 1970s? From reading several articles, it seems that aside from lack of interest, NASA wanted to fund other projects. In addition, they needed the resources to start the Space Shuttle program and then later the International Space Station. Recently, the Chinese have expressed interest in the moon and placed Chang’e four space probe on the surface in January of this year. How will Space X achieve this lunar mission? 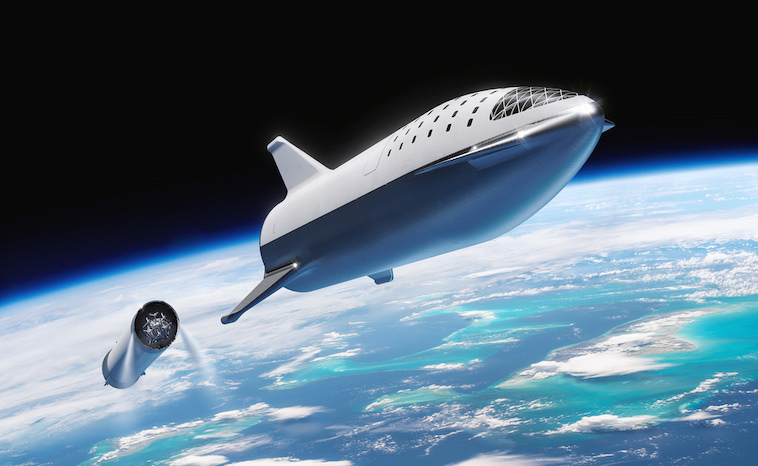 Space X To the Moon

Space X plans to use their Big Falcon Rocket combined with the spacecraft called Starship to get Maezawa and his friends to the moon. The BFR will stand 387 feet (118 meters) tall when fully assembled. Furthermore, will be capable of flying up to 100 people and 100 tons (90 metric tons) of payload into space, Musk has said. (Space X, 2019) The trip to the moon and back would take about a week to complete.

Will Elon Musk have his Big Falcon Rocket ready for 2023? We look forward to finding out about this mission and other missions from Space X in the coming years.