Space X has completed their abort system test which will allow them to fly astronauts to and from the International Space Station. Read on to learn more about how the test was conducted and finalized.

After several delays, Space X has completed the last portion of testing on Jan. 19 of this year. The test involved the Space X abort system used in emergencies. The Space X abort system pulls the capsule free of its launcher in the event of an emergency during flight.  This unmanned test used a Falcon 9 rocket previously used in other tests.

The IFA mission was designed to test Crew Dragon’s Super-Draco power abort system, which functions to pull the capsule free of its launcher in the event of an emergency during flight.

“We are purposefully failing a launch vehicle, to make sure our abort system works,” Kathy Lueders, NASA’s Commercial Crew Program manager, said during a prelaunch news briefing on Friday (Jan. 17). “That’s a very, very different way for us to conduct a mission formally.” Typically, they want the rocket to return to save money on future launches. However, in this instance, the rocket needed to explode to see how the abort system would react.

After liftoff, Falcon 9’s ascent followed a trajectory that will mimic a Crew Dragon mission to the International Space Station. It matched the physical environments the rocket and spacecraft would encounter during a normal ascent.

However, unlike a routine flight, SpaceX programed its Crew Dragon to intentionally trigger a launch escape shortly after “max Q”. Max Q represents the moment of maximum aerodynamic stress on the rocket. 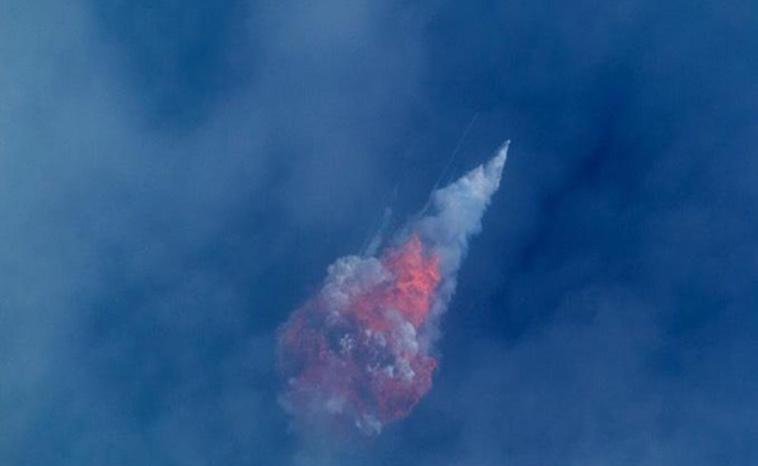 Scientists calculated the following scenario prior to the flight.

Embedded within the outer hull of the Dragon capsule are eight engines called SuperDracos. If the vehicle’s computer senses that something is amiss during flight, it will trigger these thrusters to fire. Then, the SuperDracos will push the Crew Dragon up and away from the rocket. Once the capsule is at a safe distance from the troubled rocket, the Crew Dragon will deploy its parachutes and land in the Atlantic Ocean. At this point, recovery vessels will retrieve the capsule and the crew.

After Crew Dragon’s SuperDracos shutdown, the spacecraft will passively coast to apogee, the highest point in its arc. Near apogee, Crew Dragon’s trunk will separate. Therefore, the smaller Draco thrusters will re-orient the spacecraft for reentry and parachute deploy. Dragon’s drogue and main parachutes then sequence to provide for a soft landing in the Atlantic Ocean. Nearby, SpaceX Dragon recovery teams await to pick up the spacecraft.

SpaceX outfitted one of its boats with a helicopter landing pad designed to facilitate the recovery of the Crew Dragon during nominal and emergency landings alike.

This successful test has paved the way for crewed missions to the International Space Station. NASA plans to start using the Crew Dragon in 2020.

Why do we celebrate the New Year on January 1?

How many birthday candles for our beloved planet Earth?

The most famous Telescopes known to mankind