The United States Department of Defense is expected to report on its knowledge of UFOs by June. Read on to learn more about what may be in the report.

John Ratcliffe, the former director of National Intelligence under President Trump, has revealed new UFO information. In a recent interview with Maria Bartiromo, a financial journalist for Fox News, Mr. Ratcliffe stated that they have more than a couple of reports of unexplained objects.

As we wrote back in December 2020, leaked reports show pictures of objects of unknown origins. Multiple senior U.S. officials with direct knowledge of the matter say the U.S. Intelligence Community distributed two classified intelligence reports on UAP. Furthermore,  numerous sources from various government agencies told The Debrief that these reports include clear photographic evidence of UAP.

During his interview with Ms. Bartiromo, Ratcliffe stated the following about the upcoming reports.

“Frankly, there are a lot more sightings than have been made public,” he said.

“Some of those have been declassified. And when we talk about sightings, we are talking about objects that have been seen by navy or air force pilots. Some have been picked up by satellite imagery. These objects frankly engage in actions that are difficult to explain. These movements are hard to replicate, which we don’t have the technology for.

“Or traveling at speeds that exceed the sound barrier without a sonic boom.”

How does a UFO exceed the sound barrier and not create a sonic boom? A plane must reach 770 mph to reach the sound barrier. What happens when a plane reaches the sound barrier? All the air in front of the craft gets pushed together. It can’t get out of its own way. When that magic number gets hit,  the air finally breaks free and crashes behind the plane, causing a sonic boom. The boom is literally an explosion of sound waves that travel with the plane as long as it’s flying at that speed. 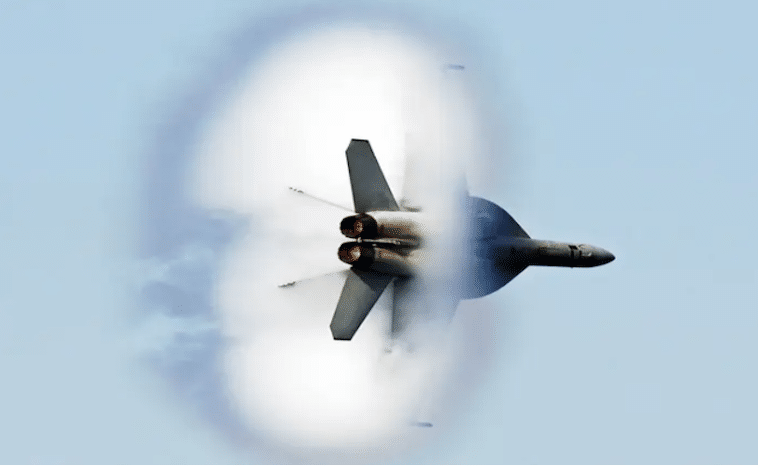 Sightings All Over the World

Mr. Ratcliffe also explained that they do not have explanations for many of the reports. Looking back to the Roswell, New Mexico initial reports, the local news reported a UFO crash. However, within days, the United States government showed pictures of a weather balloon. The story became a non-story because the government said that what everyone saw that evening was a weather balloon. Family members of those that arrived at the scene in Roswell tell a different story. Can we trust the report coming out this June?

Ratcliffe went on to say the following,

“We always look for a plausible explanation,” he said. “Sometimes we wonder whether our adversaries have technologies that are a little bit farther down the road than we thought or that we realized.

“But there are instances where we don’t have good explanations.

“So in short, things that we are observing that are difficult to explain – and so there’s actually quite a few of those, and I think that that info has been gathered and will be put out in a way the American people can see.”

As we get closer to June, we may start seeing more leaks of what is exactly coming out in June. Is the world ready? Or are we going to be told that it’s all a big misunderstanding and what we see are weather balloons? It’s going to be very interesting.