Scientists believe they have found evidence of microbial life living in the atmosphere of Venus. Read on to learn more about this new discovery.

The planet of Venus has not received as much attention by NASA as Mars. However, several potential studies may take place in the coming years. Earlier this month, it was revealed that scientists might have discovered small creatures, microscopic size, in the atmosphere of Venus. The stunning discovery centered around the chemical phosphine. Scientists are familiar with Phosphine because it is produced here on Earth.

Small Creatures in the Atmosphere

Phosphine is a mixture of Phosphorus and Hydrogen. Here on Earth, this material is often found in caves as a by-product of life. In addition, it can be created by humans. People who come in contact with Phosphine describe it as having a dead fish smell. Last year, scientists from MIT put out a paper calling Phosphine gas a biosignature. The lead author, Professor Jane Greaves from Cardiff University, published the article in Nature Astronomy.

She began her research using the James Clerk Maxwell Telescope. Professor Greaves and her team then put together a proposal to use the James Clerk Maxwell Telescope (JCMT) in Hawai’i. They were intent on their search for a biosignature in Venus’ atmosphere. A biosignature is any substance – such as an element, isotope, or molecule – or phenomenon that provides scientific evidence of past or present life. They also looked at wavelengths in Venus’s atmosphere.

Professor Greaves explains that when looking at a wavelength of 1 millimeter, Venus acts like a lightbulb in the sky. However, when looking at a little bit of the wavelength, it is missing. That is because the phosphine molecules have absorbed it, and it is not present. Her team tracked the action of the wavelength that had a “V” shaped dip in when encountering the Phosphine. At this point, Professor Greaves seems convinced that Phosphine caused the V-shaped drop. 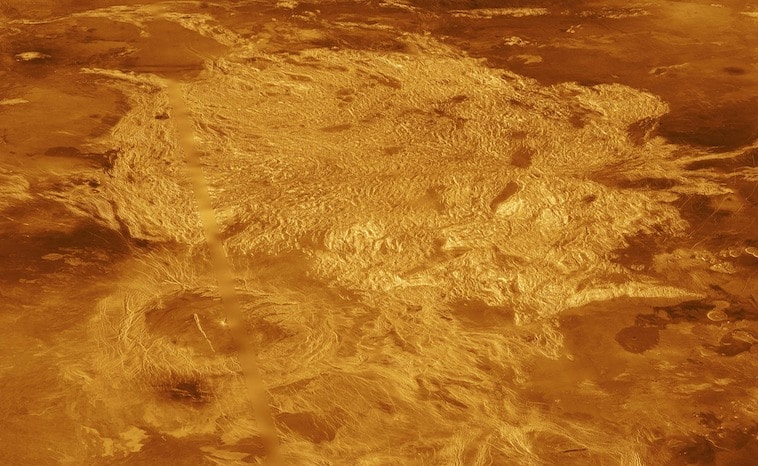 Where Did The Phosphine Come From?

After making the discovery, her team began looking into its origins. One possibility may originate from a chemical reaction involving minerals at the surface of Venus. However, the team ruled out this idea. When asked where she thinks the Phosphine came from, Professor Greaves explained the following.

“Here on Earth, Phosphine is made industrially. However, it is highly toxic and, therefore, limited in its use. Furthermore, the presence in nature occurs in small bacteria that thrive without oxygen.

Droplets of sulfuric acid reside in the clouds on Venus. The droplets are so acidic that they do not rank on a standard PH scale. pH is a measure of how acidic/basic water is. The range goes from 0 – 14, with seven being neutral. pHs of less than 7 indicate acidity, whereas a pH of greater than 7 indicates a base. pH is a measure of the relative amount of free hydrogen and hydroxyl ions in the water. If small creatures can survive under those circumstances, it is truly incredible.

Does Life Exist on Venus?

Professor Greaves says that she does not have 100% proof that life exists on Venus. She suggests sending a spacecraft that could take samples of potential life forms. These samples may reveal the existence of life that somehow manages to stay alive in the harsh environment of Venus.