Beatrice Tinsley. Does the name ring a bell? If not, you’re most likely not the first person that draws a blank when it comes to this “uncelebrated” astronomer.

Born in England, Tinsley spent most of her academic years in New Zealand, before she moved to Texas where she was responsible for some breakthrough discoveries such as how galaxies moved with time.  If she would have lived, today would have been her 75th Birthday (she died of cancer when she was 40) so in honor of all she did for the world of astronomy, let’s look at some of the most fascinating facts of Beatrice Tinsley. 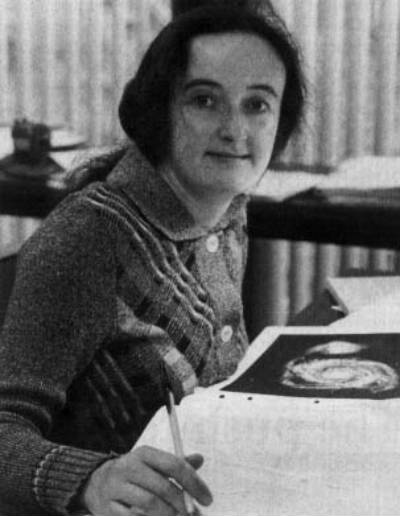 Beatrice Tinsley is shown here at Yale one year before co-hosting the 1977 conference that set the course of galaxy-evolution studies.

She helped unlock the mysteries of past and future galaxies

Before the time of computers running algorithms, Tinsley figured out that since galaxies are all made up of billions of stars, they could take what they already knew above the lifespan of stars and put that knowledge towards learning about the history of galaxies. This amazing woman not only calculated how the galaxies looked then, but also what they would look like in the future by studying how they had originally formed their stars! In addition, she was also able to calculate models for different types of galaxies.

Research in how fast a galaxy expanded

When Tinsley was a PhD student she pointed out to her professors many factors that all affected the rate of the universe’s expansion such as; chemical elements, the mass of the galaxy and the rate of it all. These had been overlooked before and changed the ways in which scientists viewed the development of the Big Bang theory.

As a married woman, she was not taken seriously

At the time Tinsley was denied permanent work because she was a married woman. even though she had already been offered a scholarship at the high-powered Center for Advanced Studies in Texas and had even gained a PhD.

Tinsley and her husband were parents to two adopted children. The stress of motherhood combined with her growing need to do her research left Tinsley struggling to gain ground in both areas of her life. For years she worked diligently to fit in her science when the children were asleep or on visits to libraries; however, in 1974, she ended up divorcing her husband and leaving her children so she could continue on with her work.

She died just as she was being recognized for her work

Four years after launching out on her own as a single woman, Tinsley was made professor at Yale University in astronomy. In the six years she was working she published many scientific papers which in today’s standards would have made her world-leading in her field. Unfortunately, before she could further her research and discoveries she succumbed to cancer.

Although, her recognition in her field may have come a little late, Beatrice Tinsley was one of the leading minds of her time. She helped drive the way scientists view the galaxies and her work will live on and be remembered and appreciated well into the future