Astronomers have located a galaxy made up mostly of dark matter. However, that doesn’t mean there’s nothing going on inside this mysterious location.

Dragonfly 44 is a faint galaxy dominated by dark matter. Astronomers discovered this beauty with the W. M. Keck Observatory and the Gemini North telescope on Mauna Kea, Hawaii. The entire galaxy is thought to weigh about the same as the Milky Way, but instead of being packed with stars, Dragonfly 44 is mostly dark matter. In fact it’s 99.99% dark matter and has less than a hundredth the number of stars than the Milky Way. 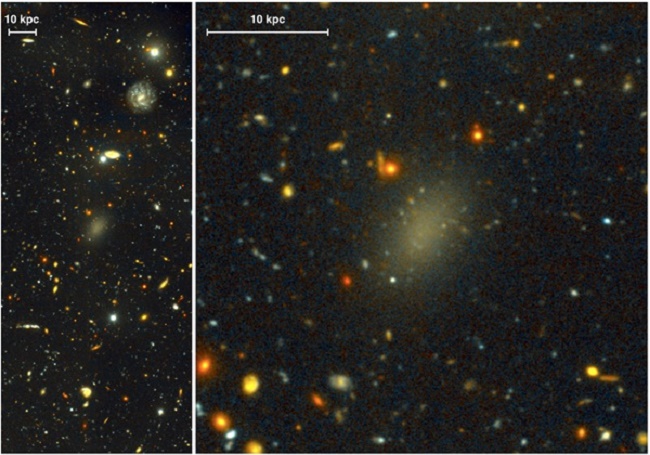 Scientists are excited for this find as it allows them to study the gravitational effects that keeps its stars from flying apart. In a press release, scientist Pieter van Dokkum from Yale University pointed out that with Dragonfly 44, they will be better able to study the huge mass of dark matter without the number of stars to block their view.

With more and more things being discovered each day, scientists are getting closer to explaining the mysteries of our world and beyond. Stay tuned for more exciting space news.

Alternative forms of life: The Inorganic