We all know a giant asteroid knocked out the dinosaurs some 65 million years-ago. But what happens if Earth is put onto another collision course with a potentially life-as-we-know-it-altering space rock? Don’t worry. NASA has a radical plan. 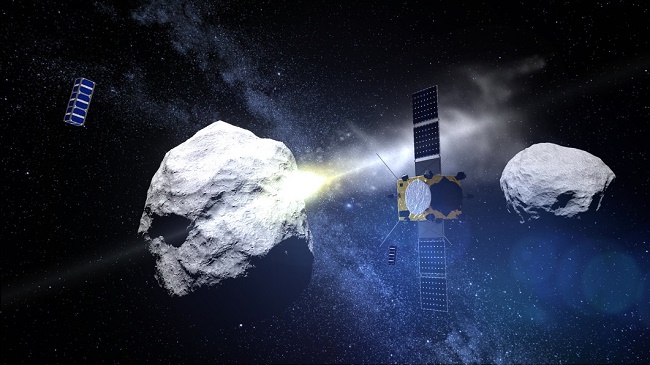 Although, the chances of another mammoth asteroid colliding with the Earth is slim, researchers and NASA want to be prepared for the event, just in case. For this reason, NASA and the European Space Agency (ESA) have come up with a plan; to launch the first spacecraft into orbit with the intentions of colliding with an asteroid. 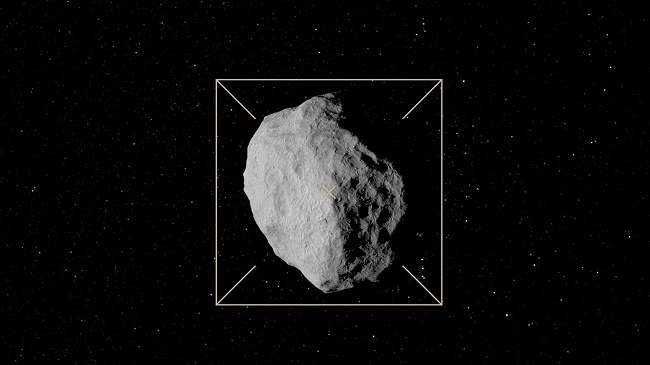 This asteroid duo will come within 10 million miles (16 million kilometers) of Earth and will make the perfect practice target for researchers since it’s too far away to accidentally send it hurtling towards our planet.

AIM is the first leg of the mission which (if all goes well) will launch near the end of 2020 from Kourou in South America aboard a Russian Soyuz-Fregat rocket. Once in orbit it will deploy ts solar panels, setting a course for Didymoon. AIM will then conduct preliminary observations; however, once DART is onboard it will then move out of the way for the collision to take place.

Once again, according to Cosmos online; “AIM’s job is to assess Didymoon’s structure, composition, rotation and orbit and send that information back to Earth. To do so, it will use an assortment of equipment such as thermal and visual cameras, an optical laser and radar.”

In addition, a number of other vessels will deploy from Aim to conduct on-site assessments of the asteroid including a Mascot-2 lander (built by the German Aerospace Centre) which will land on and conduct an on-site assessment of the asteroid. These tests are set to include a mineral make-up, brightness, temperature and radiation of the space rock. And at least two CubeSats – toaster-sized satellites – will also be deployed from AIM.

The second part of the mission is to launch a 661 pound (300 kilogram) spacecraft (DART) which will actually set a course to collide with Didymoon. If all goes according to the plan, the spacecraft will knock Didymoon off of its planned trajectory. AIM will carefully watch and take note of the collision with the intent of comparing the satellite after the strike to that of the satellite before the strike.

Regardless of the success or failure rate of this $300 million mission, researchers believe that information garnered from this project will give scientists more information about the formation of our own and other planets.