Scientists from NASA’s Jet Propulsion Laboratory have created a fifth state of matter. Read on to learn more about this amazing new discovery.

What happens when atoms are cooled to one degree above zero? It creates a state of matter called the Bose-Einstein Condensate. What does that state of matter look like? It does not look like a solid, liquid, or gas. Instead, it looks like a wavy super-atom.

The first person to discover this was Dr. Satyendra Bose. Albert Einstein predicted that this state of matter exists. However, Dr. Bose found what he called bosons. Einstein did not think science would ever discover because it was at such an incredibly low temperature.

Creating Matter on the ISS

“It is incredibly challenging making something ultra cold because there is nothing in the natural world that wants to be ultracold,” says Ethan Elliot atomic physicist at NASA’s Jet Propulsion laboratory. What makes scientists want to create something so very cold? Objects do strange things when they become cold. 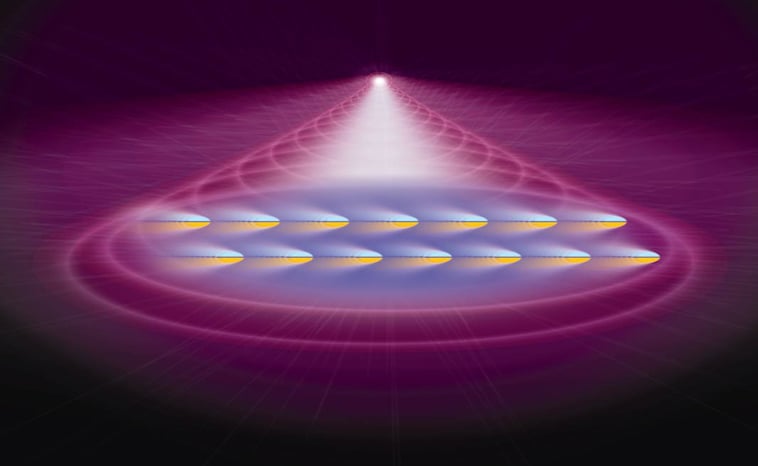 In order to understand the fifth state of matter, scientists delve into the world of quantum mechanics. Quantum mechanics states that everything has a particle and a wave nature. At ordinary temperatures atoms like billiard balls. They bounce off everything they encounter. However, once the atoms become cooled, their wave nature starts to take over. As a result, the wavelengths of the atom start to blur together. At this point, the strange new state of matter, Bose-Einstein, occurs.

Scientists used lasers to slow down atoms, and as atoms slow down, they essentially cool. Then the atoms move to another area that cools them in a process called evaporative cooling. In order to study the atoms, they needed to remove gravity. NASA built the Cold Atom Lab (CAL) for the ISS that allows scientists to look at the atoms as they float.

They work to isolate Potassium and Rubidium because they have one electron in their outer shell. It allows then to keep that moving as they cool the atom. Once inside the lab, laser beams hit the atom and cool it.

Interferometer: Interferometry is a family of techniques in which waves, usually electromagnetic waves are superimposed. As a result, it causes the phenomenon of interference, which is used to extract information.

NASA hopes to discover more about this fifth state of matter in the coming years. It could potentially lead to the development of new and exciting machines to study space.