The dust on the moon poses a serious threat to astronauts’ spacesuits and other space instruments. Read on to learn more about the new NASA technology to help keep astronauts safe.

Moon dust sticks to everything, and when it does, it causes big problems. Ultra-tiny grains of sand make up moon dust. They formed from meteorite impacts over millions of years. These impacts repeatedly crushed and melted rocks, creating tiny shards of glass and mineral fragments. Not only do they cling to everything, but they also travel at hurricane-like speeds. Furthermore, they carry an electrostatic charge.

How does NASA plan on solving this problem for its upcoming Artemis space exploration program by 2028? Scientists have discovered that a special coating for satellites on the International Space Station may work for spacesuits. Goddard technologists Vivek Dwivedi and Mark Hasegawa created a coating that would help “bleed off” the build-up of electrical charges that can destroy spacecraft electronics. (NASA 2019) These electrical charges occur when spacecraft fly through plasma found within Earth’s magnetosphere. Furthermore, plasma contains trapped charged particles that conduct electricity, contributing to the build-up.

Hasegawa’s idea was to use an advanced technology called atomic layer deposition. The idea is to apply super-thin films of indium tin oxide. 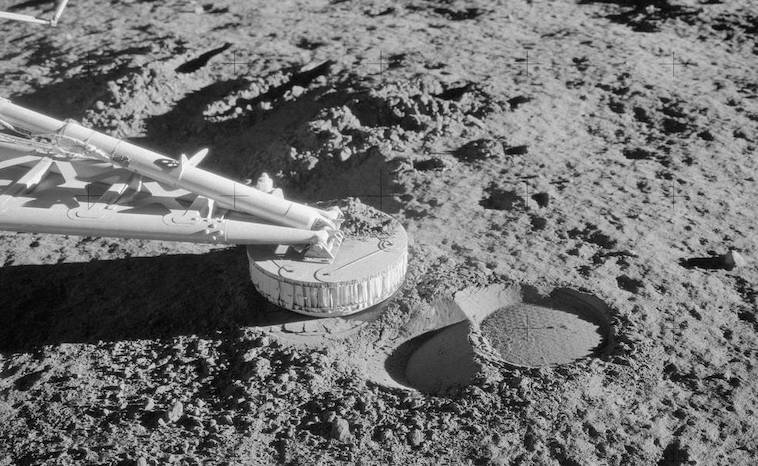 NASA researchers tested the special coating on a sample inside a reactor chamber. The chamber includes different types of gases to create an ultra-thin film. These layers are very thin about the thickness of a single atom. Once applied, they found that the electrically charged particles did not stick to the sample.

Consequently, scientists have sent wafers to the International Space Station and exposed to solar plasma. With success, NASA can apply the paint to spacesuits and other three dimensional objects for lunar exploration.

Electrically charged particles (moon dust) differ depending on their location on the lunar surface. On the dayside of the Moon, unshielded ultraviolet radiation from the Sun affects electrons. For example, the dust particles in the upper layers of the lunar soil, give the surface of each dust particle a net positive charge. However, on the dark side of the moon, and at the poles, things differ. Plasma flowing out from the Sun charges the lunar surface, but it deposits electrons and creating a net negative charge. Where the dark side meets the dayside, the electrical charges gets stronger. For this reason, NASA hopes that their electrical paint will help for lunar exploration and development.

According to NASA, they would also like to make the technology to produce conductive skin materials. The discovery of a paint that could reduce electrical charges will be amazing for both NASA and private industry. Years from now, we may see something available to make our lives better. However, keeping the astronauts and lunar probes safe is of utmost importance. We hope that the paint works for the sake of the space program.

Stars Stars Everywhere, Some Are Even Dwarfs

How to Write a Love Letter