After years of attempts and failures, partial successes and in the light of current, serious criticism from the supervisory authorities, Boeing’s Starliner finally successfully landed on the International Space Station and brought 227kg of supplies to the crew on May 21.

The Boeing CST-100 Starliner is a new spaceship, a new generation. Designed to transport up to seven astronauts and their multi-day stay in space. It is the second type of spaceship “Made in USA” (after SpaceX’s Dragon) with the intention of the second generation of man’s journey into space.

Although the ship flew in unmanned – automated mode this time around, there was still one crew member in it. Don’t be confused by the astronaut in this unmanned test flight, which you will see in some photos of the Starliner’s interior. 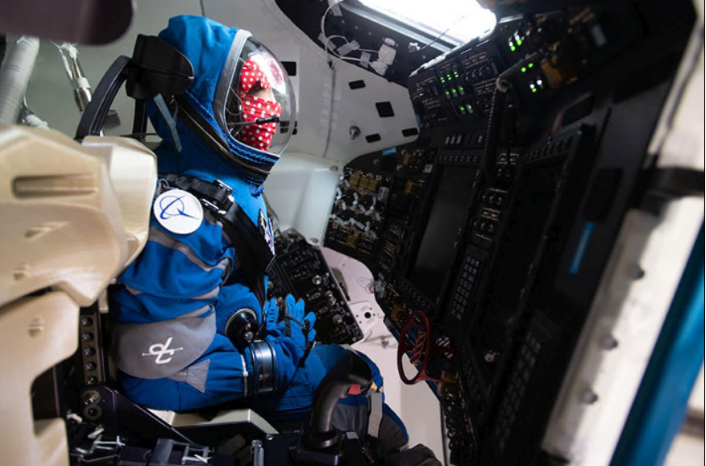 It is a lifeless humanoid corpus– the purpose is to detect flight conditions and parameters inside the cabin. Rosie the Rocketeer is an astronaut-puppet with sensors that record parameters during launch, flight, stay in space and landing to have an insight into what awaits future Starliner astronauts on missions, as many as seven of them can be comfortably accommodated inside the ship.

The CST-100 Starliner, as the full name of this spacecraft reads, took off with an Atlas 5 rocket (May 19, 2022) from the launch pad of 41 Cape Canaveral rocket launchers in Florida to the OFT-2 (Orbital Test Flight) mission.

During the flight in orbit and merging process there were quite a few technical problems. Failures of maneuvering rocket engines, loss of orientation of the ship, non-recognition of the trajectory of approach to the connection, malfunction of the connecting module. 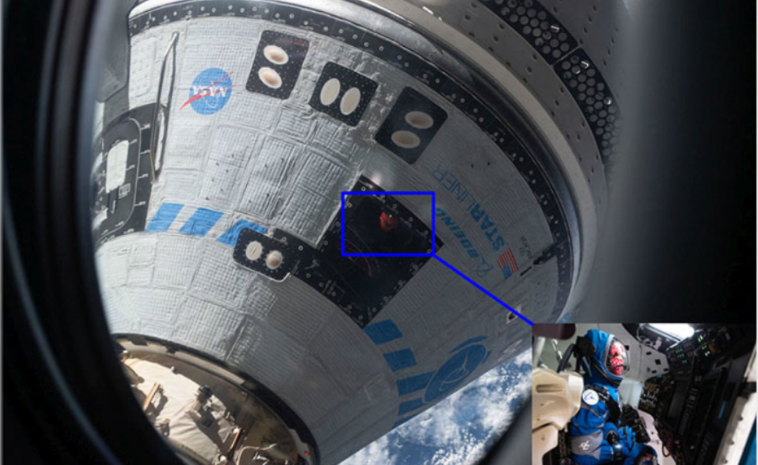 During test flights, such things are not unexpected or unusual. Flight control on earth, ship computers and astronauts in space have managed to solve all these problems, and this is also a confirmation of the functioning of the whole, even when individual circuits fail.

After the successful merge with the space station, Starliner stayed in space for six days and then, in just four hours of flight, on May 25, 2022, landed extremely elegantly in the desert area of the state of New Mexico in the USA.

This is the second flight of this type of ship. The first copy flew in 2019 and was not very famous, but the mission was successfully completed despite all the difficulties. That artifact is now preserved and will no longer fly into space.

The CST-100 is the modern Apollo. This experimental flight (OFT-2) flight is also on that track. But before the triumphant hoisting of the flag is preceded by a great deal of work.

In the coming weeks and months, engineers must review all data and implement new solutions to make the next mission safe and ready for the flight of two or three NASA astronauts into space.

The third copy of Starliner has been completed and will take the first passengers into space based on the experiences of its predecessors. Although the announcements of the Starliner manned flight were aimed at the end of this year, due to technical problems and the time required for “fine-tuning the ship”, there is a certain delay of at least half a year.

It would be a surprise for Starliner to take off before the spring of 2023, but that is now only a matter of time and no longer a technical concept. With more than five billion dollars invested in this project, the results are now at hand.

Starliner will stay with us for decades. Its derivatives will most likely be able to continue beyond Earth’s orbit.