With the age of technology upon us we are never too far from most anything we want; television programs, movies, even pizzas are only a simple click away. But who would have thought we could now order-up a meteor shower?

Of course, this technology comes with a steep price, AND the so-called shower is actually just one meteor (depending on your wallet) but it’s still something star-gazers should be excited about.

The Brains Behind the Fiery Ball

A Japanese company by the name of ALE is in partnership with researchers at selected universities around the world to make this sci-fi theory a reality. The goal is to make each meteor bright enough to be seen in even lightly polluted regions (such as Tokyo). In addition, unlike normal shooting stars that occur whenever they “want” to, these man-made meteors can be scheduled to release “on-demand.” The price? A single streak across the sky will cost buyers approximately $8,100 dollars! 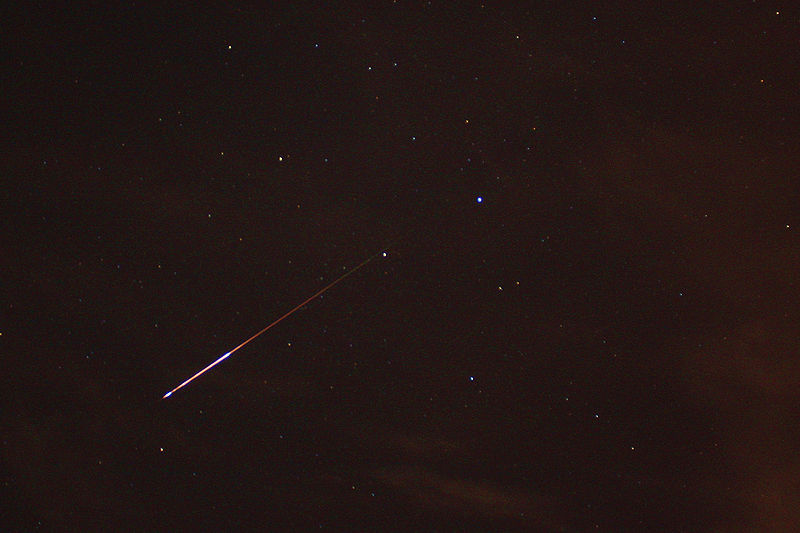 The Real Deal ~ Meteors in Nature

Meteoroids are usually pieces (or even chunks) of space rocks or debris that breaks off from its “host” comet or asteroid. There are countless numbers of these floating around in space, so eventually some do tend to find their way into our realm, once they do they are called, meteors.

Meteors tend to burn up very quickly which is what we see as that flash or bright burning streak across the night sky. However, if one of these stray space-rocks does hit our planet it is then known as a “meteorite.”

The Secret to the Techno-Shower?

Although, we are not being told the chemical makeup of the artificial meteors we do know each one will be about a one-inch sphere. These faux-rocks will then be loaded into their own individual cube-shaped, micro-satellite that measures 20 inches (50 centimeters) in width. Once launched, they will orbit around the Earth in a North to South direction at about 250 to 310 miles (400 to 500 kilometers) in space. Researchers are still working out the details, but they are estimating each tiny satellite will last for months before re-entry.

As if all of this isn’t mind-boggling enough, scientists are also working to create different colored meteors and have also added a “cancel” option in case of bad weather which can be activated up to 100 minutes before launch.

The Beauty and the Practicality

With the high price tag of each meteor, there may not be a whole lot of “regular” folks indulging in this nighttime show, but scientists are thrilled to have the option of a controlled study to help determine movement of the atmosphere, density and temperature at an elevation that is too low for spacecraft and too high for weather balloons.

ALE still needs to get investors on board to further this technological wonder, but that doesn’t mean you can’t catch a glimpse of a real shooting star the good ole-fashioned way. Keep your eyes on the night sky and you may just be lucky enough to see one zip on by.