A new report expresses the concept idea of a larger Mars Science Helicopter. Read on to learn more about the design and research plans.

Due to the success of NASA’s Ingenuity Helicopter, NASA plans to develop a Mars Science Helicopter in the coming years. The larger helicopter would increase information gathering abilities. The idea remains in concept mode, but with successful objectives, the helicopter may make it to Mars in the near future.

The Mars Science Helicopter is a joint project involving JPL, NASA’s Ames Research Center in Silicon Valley, and the defense contractor AeroVironment. “The envisioned craft would sport six rotors. It could weigh about 66 lbs. (30 kilograms) and carry science payloads weighing up to 11 lbs. (5 kg) or so,” said Teddy Tzanetos of NASA’s Jet Propulsion Laboratory.

“The Mars Science Helicopter would fly about 6.2 miles (10 kilometers) in a single sortie,” Tzanetos said. Such an aircraft could then explore “locations that rovers couldn’t access, like cliffside walls, or difficult-to-traverse terrains, or even down into caves,” he said. An aerial vehicle can bypass impassable terrain and access all slopes, including vertical cliffs and overhangs.

Engineer’s plans include many of the technologies created by the Mars Helicopter Technology Demonstrator (MHTD). These technologies would expand the reconnaissance reach of the helicopter program for Mars. In addition to science imaging, identifying and selecting future landing sites is accomplished via reconnaissance performed in flight. “Compared to a rover, MSH significantly extends the geographic range of potential science investigations and therefore increases the number of science targets visited.” (MSH Whitepaper, 2021)

In addition, scientists identified several applications for the Mars Science Helicopter. For example, they plan to study Martian geology, atmosphere and look at “special regions” of astrobiological interest without the risk of contamination. An idea for one mission would involve a Mars Science Helicopter visiting an outflow channel called Mawrth Vallis. The valley is a channel formed by massive flooding, which scientists believe occurred in Mars’ ancient past. It is an ancient water outflow channel with light-colored clay-rich rocks. This area is hard for rovers to access. The Mars Science Helicopter would aid research by collecting samples at several locations and returning them for analysis later.

Mr. Tzanetos did not discuss potential costs or flight opportunities for the helicopter. However, a recent report notes that “there are viable roles for [Mars Science Helicopter] across a range of mission classes.” These mission classes include NASA’s Discovery and New Frontiers classes. The report also included a simpler helicopter design. For example, it would become a scaled-up version of Ingenuity. In addition, the report cited “sufficiently low mass and low volume vehicles. It should be considered in all future launch opportunities to Mars’ surface.” 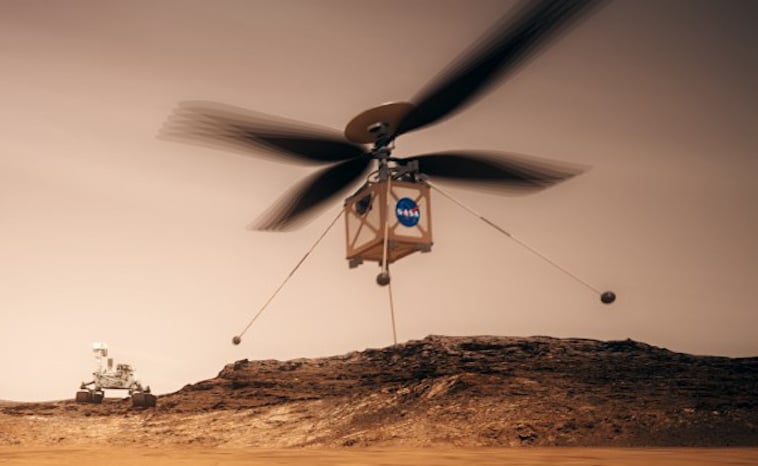 Future Mars helicopter mission architectures could involve one or more vehicles with or without a base station, lander, or rover. However, NASA officials have confirmed that they aren’t considering the addition of the helicopter for the next lander mission. The next mission,  the Sample Return Lander, is part of the Mars Sample Return program. Using a helicopter during that mission would not help much. A helicopter should accompany a rover-based mission for exploration. The Sample return program may launch no earlier than 2026.