Although there are millions of different-sized space rocks traversing around our solar system, this particular asteroid has caught the attention of scientists. 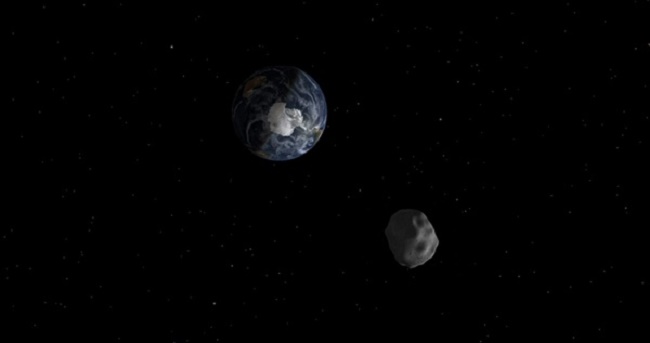 Asteroid 2015 TC25 was discovered in October of last year by a team at the University of Arizona’s Lunar and Planetary Laboratory, Lowell Observatory, and Northern Arizona University using Earth-based telescopes.

This 6.5 foot (2 meter) asteroid is smaller than most vehicles making it the smallest and brightest asteroid (reflecting 60% of light) discovered this close to Earth. Lead of the team. Vishnu Reddy, said in a press release that these new observations show the asteroid’s surface is quite similar to aubrites (a highly reflective meteorite made of bright minerals). Aubrite is typically formed in oxygen-free environments at extremely high temperatures and are fairly rare. In fact, one out of every 1,000 meteorites are Aubrite in nature.

Using the Lowell’s 4.3-meter Discovery Channel Telescope, NASA’s Infrared Telescope Facility, and the Magdalena Ridge Observatory 2.4-meter telescope, the team was also able to deduce that asteroid 2015 TC25 has a 2.23 minute-long rotational period, as well as it being an irregular-shape.

Reddy believes this mini asteroid may be a small chunk that broke off after a collision with the “parent” asteroid 44 Nysa.

Even though this floating space debris poses no real threat to Earth at this time, researchers take every opportunity to study these celestial wonders in order to gain more information that could someday be useful.