NASA announced that Kepler has been able to locate, not a few new exoplanets, but over 1,200 of them! This doubles the current number already on file.

However, interestingly enough, these new finds are not a result of the Kepler mission, but rather a new software that enabled Kepler researchers to analyze the signal from noise in candidate planets. In addition, these finds have extremely high odds of being actual planets and have been validated to 99 percent certainty. This is due to the technologies ability to sort through hundreds of candidates at once. 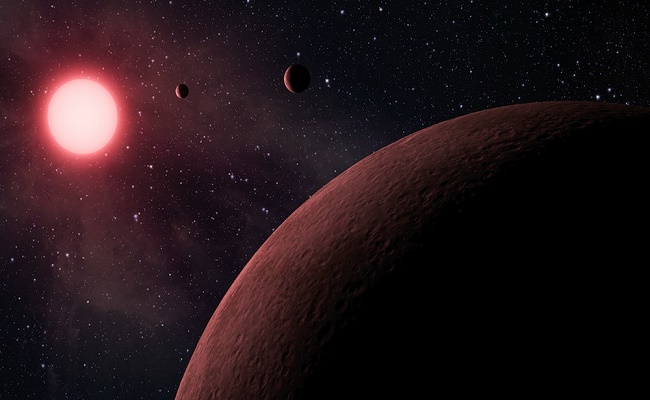 Long-Period Planets on the Rise

According to Jeff Coughlin, a SETI Institute researcher who helps NASA put together the Kepler catalog, Kepler has been touted as being very proficient at finding the most Earth-like planets, but in addition to these, it has also been able to pinpoint Long-Period Planets. These are important finds because they are the most in line with what we know about our Solar System. One such planet, Kepler-1638b, has a period of 259 days, placing its year somewhere in between Venus and Earth.

Kepler focuses on those planets that complete an orbit within a few days along with the original Kepler data set coming with just under four years of observation. Along with the data, iht is also very difficult to get time on the ground to really observe those planets in question.

Coughlin states; “When something is hard to detect, those are also the hardest ones to get telescope time to follow up on.”

But with the find of Earth’s cousin planet, Kepler-452b, researchers are excited about the new and improved way they have of sorting through the data.

“The real importance is the prime mission of Kepler, which is to find out how many planets like Earth are out there,” Coughlin says.

But there’s still more work ahead for the team as there are more than 3,000 candidate planets left in the Kepler data that are believed to be possible planets. Plus a list of “Kepler Objects of Interest.” Using the new method, 428 candidates were validated as very likely not being planets.

What They’ve Determined So Far

Although, there has been a ton of data to slog through, researchers have already narrowed down the existence of the 1,284 validated planets which are indeed mini-Neptunes (planets at the lower limits of gas giant size) with the next biggest sample being super-Earths and some planets found that are roughly Earth-sized and about as many roughly Neptune-sized.

With Kepler’s prime mission coming to an end in October of 2017, researcher will do their best to catalog these finds. Until then, we can only wait and see what the research reveals. Who knows, we may be packing up and heading off to a whole new Earth in the very new future.