Today, July 4th, NASA’s Juno spacecraft is on course to enter into Jupiter’s orbit. Here it will circle the gas giant 37 times from pole-to-pole. However, after Juno’s mission is done, it will go down in flames.

Unlike other space probes, Juno is not meant to continue on into space after its mission is over. No, it will enter into Jupiter’s rough upper atmosphere and die a hero in a fiery crash. It’s burn date? February 20th, 2018.

According to Scott Bolton (principal investigator for the mission) because Juno has a limited fuel supply, Jupiter’s gravitational pull will be too strong for the space craft to overcome. For this reason it’s boosters will set a collision course with the planet over a five and a half day period. Bolton states that the drag from the gas giant’s atmosphere will cause Juno to heat up and eventually burn away. In addition, once the craft enters into the atmosphere of Jupiter the drag of its atmosphere will start the craft on a tumble and the high-gain antenna will not be pointing toward Earth, therefore Juno will not be able to transmit any information back to us. 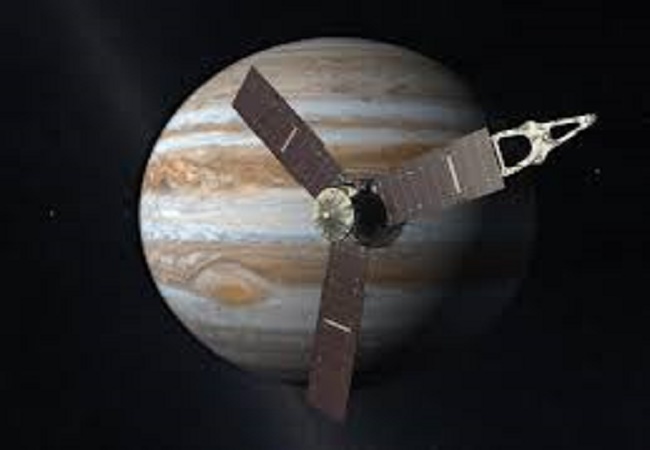 The purpose for Juno’s intentional nose-dive into Jupiter’s atmosphere also has another purpose. If Juno were to crash into one of Jupiter’s moons, it runs the risk of contaminating it with microbes from Earth. These organisms are called extremophile which means they are capable of surviving in harsh conditions, including space, for extended periods-of-time.

Although NASA takes every precaution to ensure the space crafts are contaminate-free before launching them into space (which includes prepping them in a sterile environment) a hitch-hiker from Earth could spell disaster for any life that may be present on another world, especially Jupiter’s moon Europa which has been considered a good candidate for life because of its vast hidden oceans.

That’s why NASA has decided to let their $1.1 billion spacecraft crash and burn, rather than take the chance of introducing foreign matter onto outer space objects.

Juno’s mission is filled with mystery that only time will reveal. Let’s hope the discoveries it will unveil is as exciting as the anticipation leading up to it.

Tune in today July 4th, for a real time discussion about Juno.