There’s been a lot of excitement and talk about the Juno spacecraft that entered into Jupiter’s orbit on July 4th. However, what those involved didn’t expect was a short film.

NASA had to shut down most of the instruments on Juno in order for it to launch from battery power into Jupiter’s orbit. But before this occurred the JunoCam was able to make a “movie” of what it was seeing. 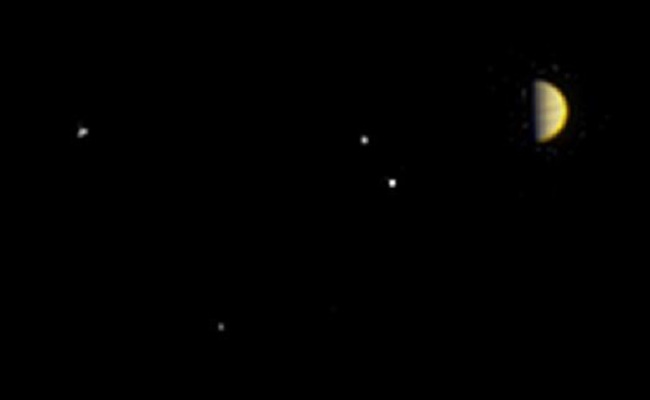 As Juno approach the large planet it snapped dozens of consecutive pics of Jupiter’s four largest moons; Io, Europa, Ganymede and Callisto. Although it didn’t pick up any of the other 63 moons in its orbit, the four it did shoot were visibly orbiting around the gas giant.

Unfortunately, the JunoCam itself is on borrowed time on this mission as Jupiter’s high radiation levels will eventually disable the camera. In fact, NASA suspects it will only get about seven or eight orbits around the planet before it’s mission is over. In addition, since it is focused on the cloud layers, this may be the only look at the moons that we here on Earth will get to see.

Want more information on Juno’s adventure? Check out the below video!