Later this year the James Webb is set to launch with a mission to detect light from the first generation of stars and galaxies that formed the early universe. Two Webb teams of astronomers will then conduct an infrared survey in a project titled JADES. Read on to learn more about the survey and what they hope to discover.

How rapidly galaxies form and assemble and how quickly and where they form their stars are questions the JADES survey teams hope to answer with the James Webb space telescope launch. The acronym JADES stands for James Webb Advanced Deep Extragalactic Survey. The two teams in charge of the survey have a list of goals.

a. Understanding the distribution of stellar mass in infant galaxies

b. Learn about stellar luminosity, star-formation rates, and stellar age, size, and composition.

c. In addition, JADES will analyze galaxies’ nuclear activity and determine galaxy structure. Furthermore, it will map gas movement over a wide range of distances.

To accomplish these goals, the teams will use infrared cameras. The use of infrared cameras is necessary to be able to see the light from the first generation of galaxies. Daniel Eisenstein, a professor of astronomy at Harvard University, said,

“Galaxies, we think, begin building up in the first billion years after the Big Bang, and sort of reach adolescence at 1 to 2 billion years. We’re trying to investigate those early periods. We must do this with an infrared-optimized telescope because the expansion of the universe causes light to increase in wavelength as it traverses the vast distance to reach us. So even though the stars are emitting light primarily in optical and ultraviolet wavelengths, that light is shifted quite relentlessly out into the infrared. Only Webb can get to the depth and sensitivity that’s needed to study these early galaxies.”

“We chose these fields because they have such a great wealth of supporting information. They’ve been studied at many other wavelengths, so they were the logical ones to do,” said Marcia Rieke. She co-leads the JADES Team with Pierre Ferruit of the European Space Agency (ESA).

The JADES survey collaborates with two Webb instrument teams granted Guaranteed Time Observations. The teams plan to use the Near Infrared Camera, the Near-Infrared Spectrograph, and the Webb’s Mid-Infrared Instrument. Each camera serves a specific function and, when combined, can give scientists a clearer picture of the night sky.

In addition to looking at early star formation, they want to learn more about the early formation of black holes.

“We hope to detect the primeval seeds of these monster black holes, the smaller black holes that formed soon after the big bang. Furthermore, we want to understand what their masses were, how they were accreting mass, and where they were located,” explained JADES teammate Roberto Maiolino, a member of ESA’s NIRSpec Instrument Science Team. “For a long time, Webb will be the only facility to possibly detect and understand the processes that later on resulted in these monsters that were already created in the early universe.” 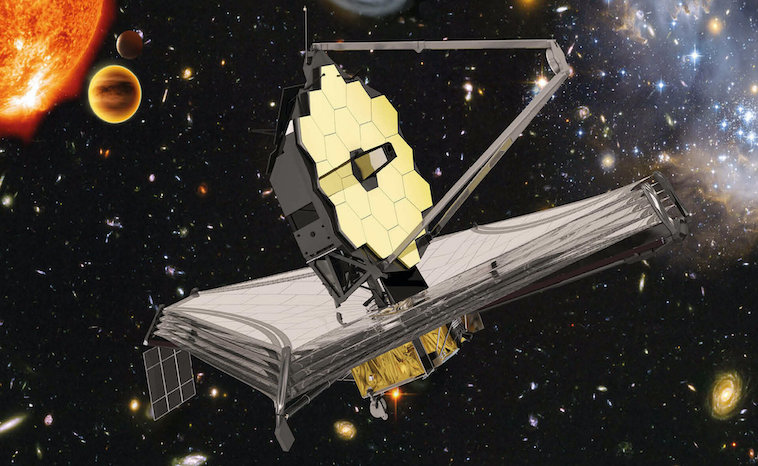 Scientists will combine Webb’s results with the deepest data from NASA’s Hubble Space Telescope and NASA’s Chandra X-ray Observatory. In addition, they will gather results from the ground-based Atacama Large Millimeter/submillimeter Array and Jansky Very Large Array radio telescopes. With this information, they can produce an extraordinary view of the universe’s very earliest galaxies.

“We tend to talk about projects like this in the context of theories and models that we have right now,” said Rieke. “But I’m hoping that with Webb, we’ll find something that we haven’t suspected at all—that there will be some new surprise—and that will be great fun!”