Here on Earth we have the perfect atmosphere to sustain life as we know it. According to experts our breathable air contains 78 percent nitrogen, 21 percent oxygen and trace amounts of water vapor, carbon dioxide and other gaseous molecules. This is the perfect mixture to keep every living being on this planet, well…living. But what about our fellow “space rocks” in our solar system? What makes their atmospheres so uninhabitable and dangerous? Read on to discover exactly what is going on in each planet’s atmosphere.

This planet is the smallest and closest to the Sun, which makes its temperature extremely hot (the side that faces the Sun reaches temperatures of 700 Kelvins (427 degrees Celsius) its cold side dips down to an astounding 100 Kelvins (-173 degrees Celsius)). In addition, the planet is too small to retain any kind of livable atmosphere with an exosphere made up of hydrogen, helium, oxygen, sodium, calcium, potassium and water vapor. Plus, it also only has one-quadrillion of Earth’s atmospheric pressure.

This planet is the second from the Sun, the brightest of all the planets and is covered in volcanoes and experiences strong winds; which only adds to its “hellish” atmosphere. Venus’ extremely dense atmosphere is made up of mostly of carbon dioxide and some nitrogen. It is an extremely hot planet reaching temperatures of 462 degrees Celsius with a dense cloud covering of mainly sulfur dioxide. As a result of this sulfuric acid, droplets scatter about 90% of the sunlight back into space. 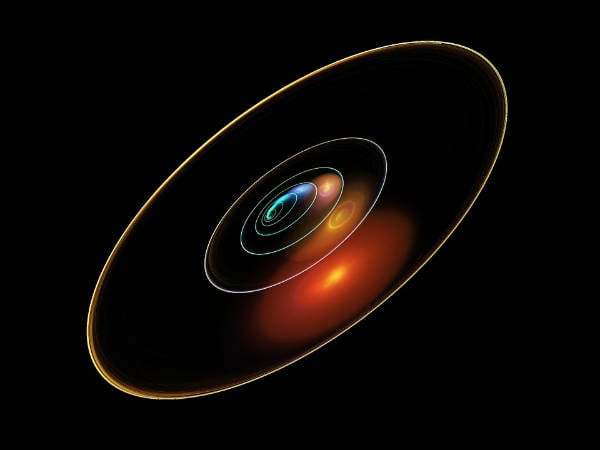 This planet is the second smallest and the fourth planet from the Sun. Although, scientists are diligently working to place humankind on the Red Planet, the atmosphere is still not ideal for life. The thin, dusty atmosphere of the Martian planet contains a mixture of mostly carbon dioxide (96 percent), 1.93% argon and 1.89% nitrogen along with traces of oxygen and water.  Large tornado-like dust storms rage on this planet with average temperatures of -46 degrees Celsius, which can then dip down to -143 degrees Celsius during the winter at the poles.

This is the largest planet in our Solar System and is known for its many moons, its Giant Red Spot and a dangerous radiation belt. In addition to these wonders, Jupiter also produces the most wonderful and constant auroras. This is due to the fact that this planet’s atmosphere is filled with intense radiation, which in conjunction with Jupiter’s magnetic field, and the abundance of material from Io’s volcanoes reacts to Jupiter’s ionosphere, creating a light show that is second-to-none. Another factor that contributes to Jupiter’s volatile atmosphere is the presence of thick clouds composed of ammonia crystals and possibly ammonia hydro-sulfide. This cloud bank is approximately 31 miles thick with a possible thin layer of water clouds that produces intense lightning strikes.

The sixth planet from the Sun and the second largest in our Solar System, Saturn is known for its remarkable rings and being a “gas giant.” As far as its atmosphere goes, Saturn’s outer atmosphere contains molecular hydrogen at 96.3 percent, along with 3.25% helium by volume.  In addition, it is also known to have trace amounts of ammonia, acetylene, ethane, propane, phosphine and methane.  Another reason why Jupiter would be uninhabitable is its extreme winds that can reach speeds up to 1,118 miles-per-hour!

We know this planet is the seventh from the Sun and is called an “Ice Giant” due to its physical makeup being mostly made up of a fluid mix of water, methane, and ammonia ices. However, unlike the other planets, Uranus’ atmosphere is broken up into three different layers;

This planet is the eight in our Solar System and the farthest from the Sun. It exhibits a blue-hue due to its physical makeup consisting of mostly a slushy mix of water, ammonia and methane. It’s higher altitude consists mainly of hydrogen (80 percent) and helium (19 percent) with a trace amount of methane. It is also subdivided into two different regions; Lower Troposphere and Stratosphere. Interestingly enough, according to experts, the lower stratosphere of Neptune contains;

“condensation of products caused by the interaction of ultraviolet radiation and methane (i.e. photolysis), which produces compounds such as ethane and ethyne. The stratosphere is also home to trace amounts of carbon monoxide and hydrogen cyanide..”

It’s a good thing Earth is the perfect mixture of all the elements we need to live, because, as you can see, our fellow space rocks are more than inhospitable when it comes to sustaining any form of life. Although, researchers do continue to search for a planet that may one day take over for Earth, the search has been relatively unsuccessful.

AI Technology Leads on the Battlefield

Looking for an original 50th birthday gift? Name a star!

The Center of the Universe: Where, Exactly, Is it?

Mihajlo Pupin and The Universe