Ceres is the largest object in the asteroid belt, lying beside the orbits of Mars and Jupiter. Ceres is also considered a dwarf planet (the closest to Earth) and the 33rd largest object in our Solar System. If this isn’t enough “claim-to-fame” Ceres has also recently been making news as being a “cosmic dartboard.” That’s right! Apparently whatever crashes into this space “rock” stays put.

The surface of Ceres was remarkable for being unremarkable, meaning its surface was relatively plain, but recent research collected by the Dawn spacecraft has revealed this dwarf planet may have indeed been collecting billions-of-years worth of collided meteorite material.

Before the Dawn spacecraft all of Ceres information came to us via telescopic observations, which showed a dwarf planet most likely very dense and made up of mostly of very porous silicate material or a large layer of water ice.

According to the study’s lead author, Terik Daly Ph.D student at Brown, it’s as if the entire surface of the planet had been spray painted, which leads them to believe it can only be caused by one thing – impact processes. 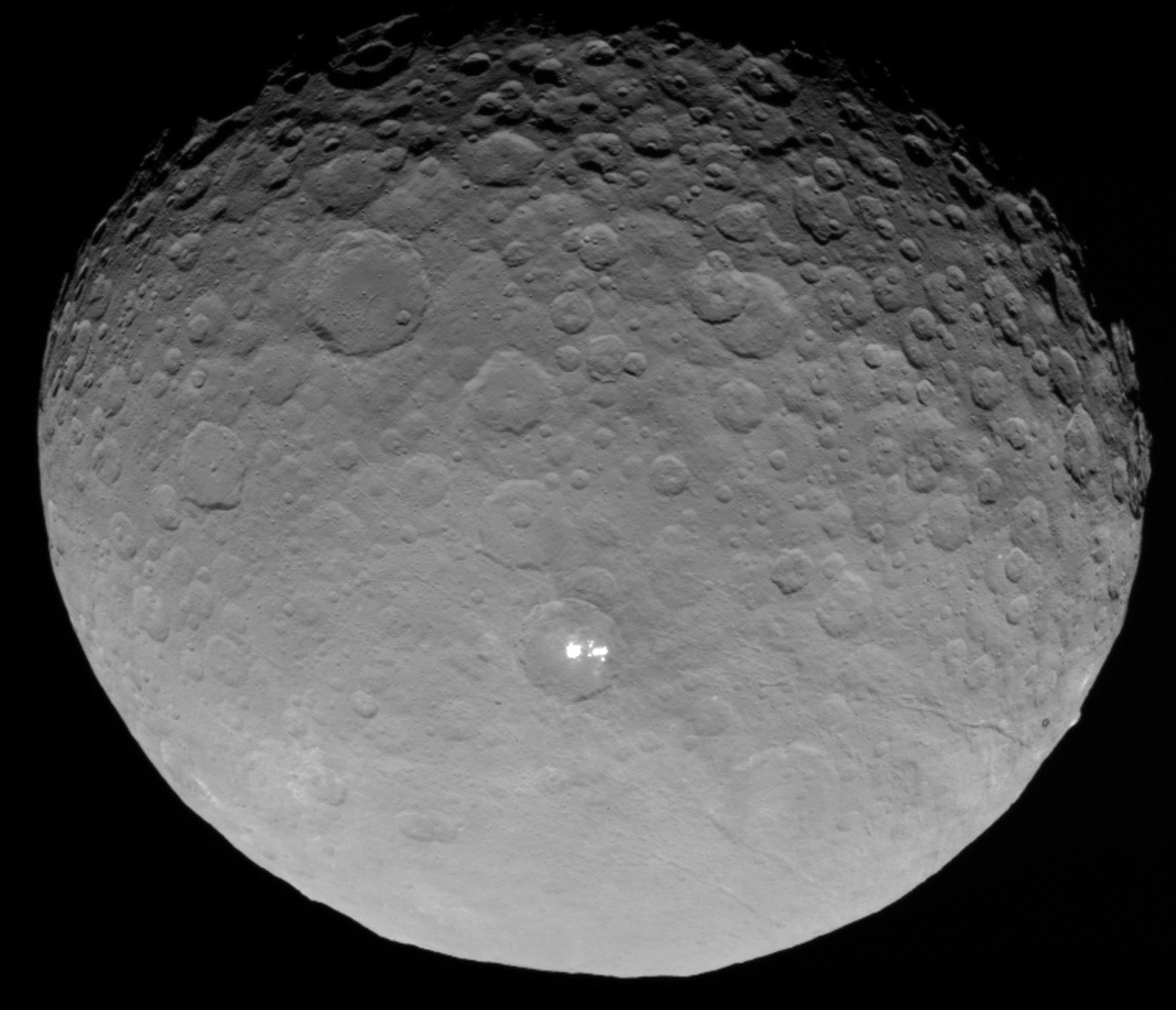 A Gun Range is the Key

To better understand what is happening on Ceres the research team implemented the help of NASA’s Vertical Gun Range. This 14-foot barrelled cannon is designed to launch projectiles up to a whopping 16,000 miles-per-hour!

To get a better idea of the surface of Ceres, Daly and his fellow researchers ran simulations of impacts onto a low-density surface – one that mimicked Ceres – of porous silicate or ice.

In a statement from Daly he quipped;

“The idea was to look at those two end-member cases, because we really don’t know yet exactly what Ceres is like.”

To simulate the impacts the team used pebble-sized bits of basalt and aluminum (for both stoney and metallic meteorites) targeting both a powdered pumice substance and for an icy case; snow and snow covered by a thin layer of fluffy silicate.

What did the results show? Exactly what researchers suspected – the impactors were staying embedded into the material (especially the ice) rather than bouncing off like other planets exhibit. Daly says;

“We show that when you have a vertical impact into snow – an analog for the porous ice we think might be just beneath the surface of Ceres – you can have about 77 percent of the impactor’s mass stay in or near the crater.”

For the speed-of-impact found with meteorites in the Asteroid Belt, Ceres could have accumulated an extreme amount of non-native debris over the course of billions-of-years, leading to its virtually nondescript surface.

With the help of the Dawn spacecraft, researchers are hoping to get enough high-resolution images to help determine the surface of Ceres and also eventually hope to bring back some actual samples from a recent impact point.

Although Ceres is making itself more known lately, it always was an interesting little dwarf. Here are some fun facts about this interesting celestial wonder.

Ceres being a cosmic dartboard is only the beginning of the mysteries this dwarf planet has to offer. With the aid of the Dawn spacecraft and the never-ending curiosity of (wo)man, Ceres is sure to give us what we are looking for and much more. Stay tuned folks, the best is yet to come…