The Hope Probe sent by the United Arab Emirates has reached Mars. Read on to learn more about its mission.

During the summer of 2020, several nations sent space exploration vehicles to Mars. The United States sent Perseverance, China sent Tianwen-1, and the United Arab Emirates sent its Hope Probe. The Hope Probe is an orbiter that will study the Martian atmosphere and climate.

The Hope Probe has three objectives:

Hessa Al Matroushi, the lead scientist, said Hope’s orbital path around Mars “offers an unprecedented local and seasonal time coverage of the Martian atmosphere. Furthermore, Hope will explore Mars’ different atmospheric layers. As a result, it may reveal a new and global perspective of its atmospheric behavior and connections,” Al Matroushi added.

What instruments does Hope have to study the atmosphere? 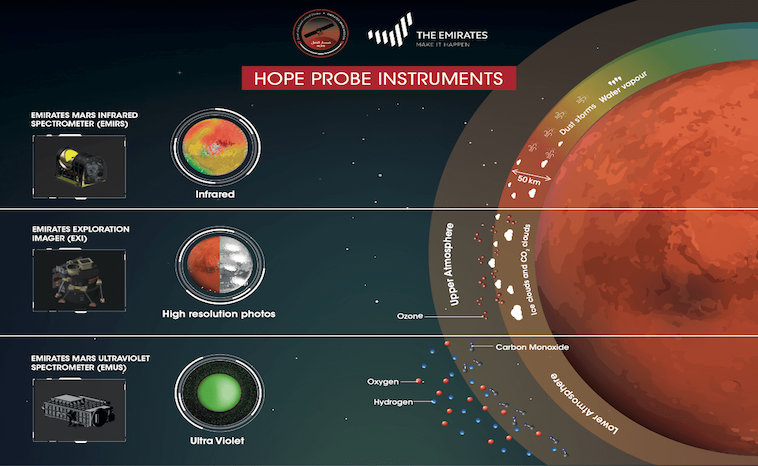 The United Arab Emirates government used some innovative techniques to build excitement in the nation prior to Hope’s arrival to Mars. They projected two objects in the sky the day before Hope arrived. This caused quite a stir among UFO followers and the public.

Specifically, the two objects seen in the sky were depictions of the Martian moons Phobos and Deimos as the Hope Probe would see them when it gets to the Red Planet’s atmosphere. The UAE government utilized a pair of approximately 300-foot-tall cranes supporting a massive 130-foot screen upon which a realistic picture of the two lunar bodies was projected. 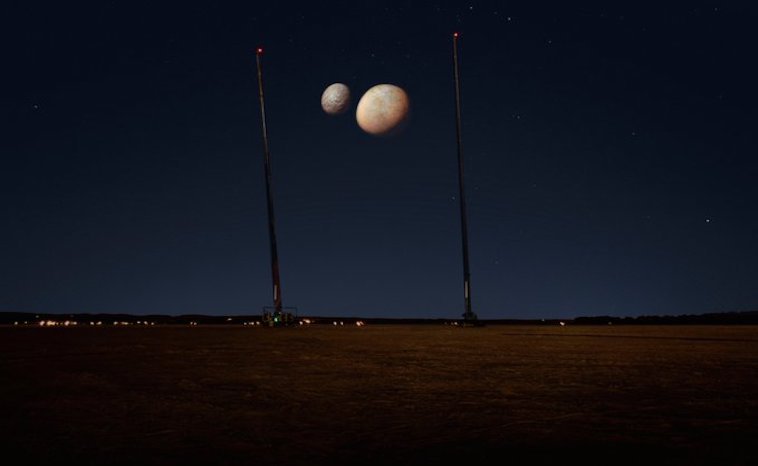 “The Mars Mission is one of the biggest challenges of the country’s history and one of the boldest initiatives of the UAE: Conquer space. So, to create awareness around this important fact, nothing better than bringing the two moons of Mars to Earth,” said Khaled AlShehhi, Executive Director of Production and Digital Communication Sector at the UAE Government Media Office.

With several nations exploring Mars, we should see more information regarding future travel by astronauts. Each discovery may make it easier for engineers to design systems to keep these travelers safe. We look forward to more information in the coming years.